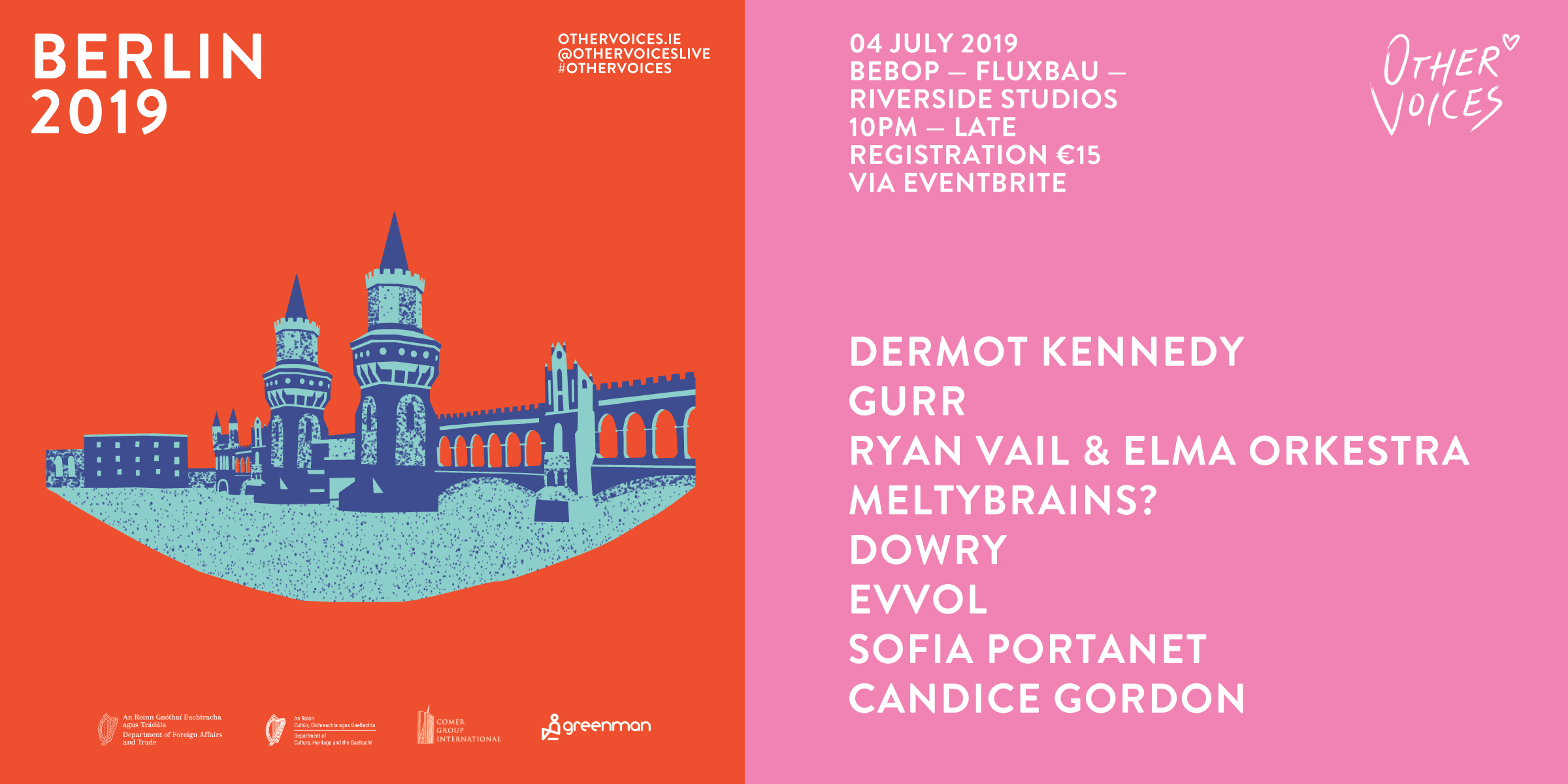 Other Voices has announced its return to Berlin this summer with a line-up that includes Dermot Kennedy, Meltybrains?, Dowry & more.

Speaking about the upcoming event, Other Voices founder Philip King says “We are delighted to bring Other Voices back to Berlin and to be building on the long history of artistic and cultural connections that underpin the relationship between Germany and Ireland.”

This event is open to the public.

Registration is essential and is now open via Eventbrite: https://www.eventbrite.ie/e/other-voices-berlin-2019-tickets-62579744701