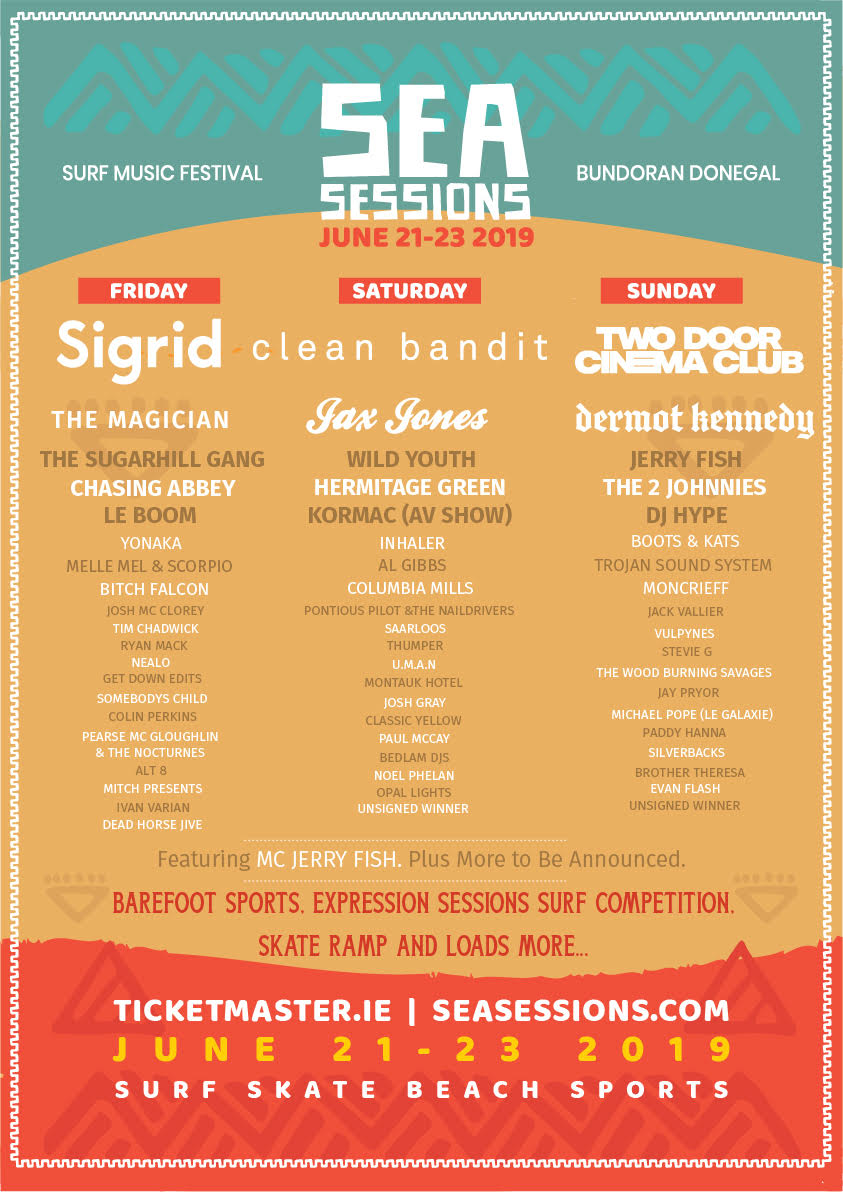 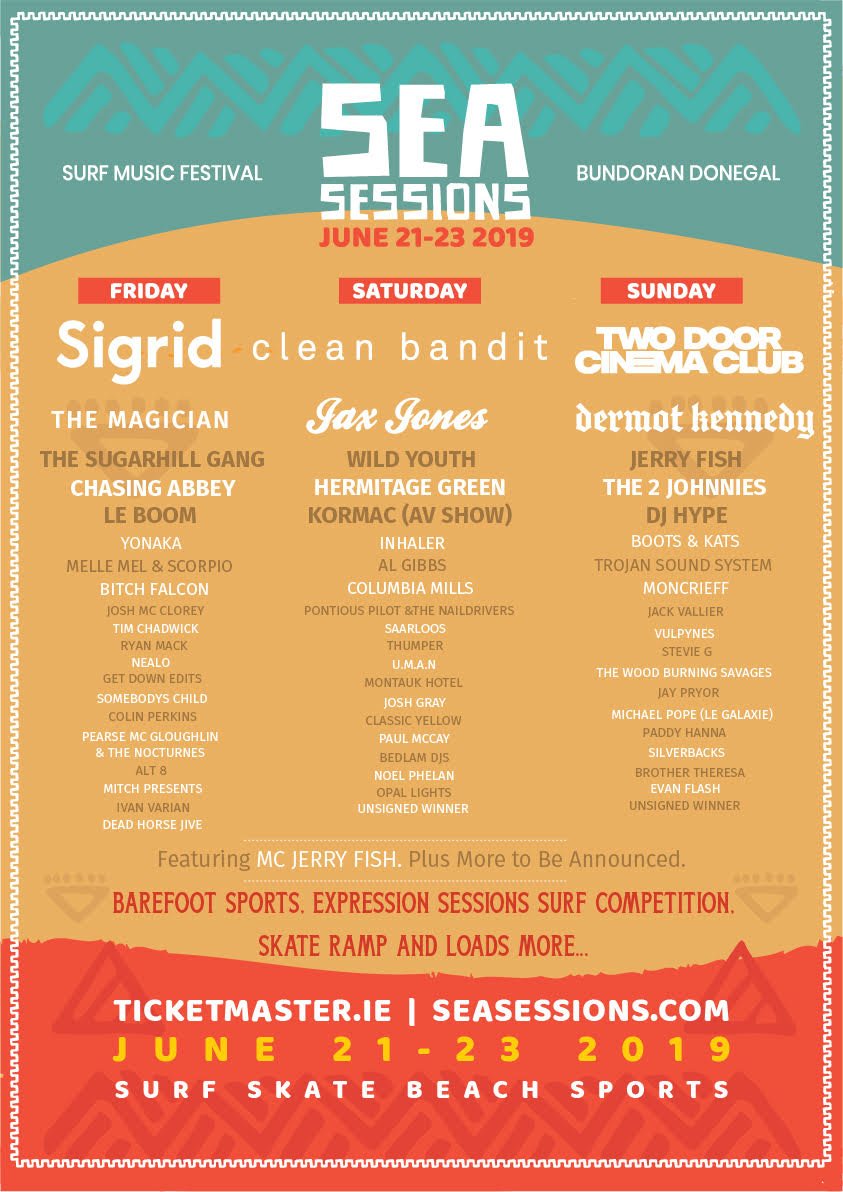 Several new acts have just been added to the Sea Sessions 2019 line up including Chasing Abbey, Saarloos, Yonaka and more.

Sea Sessions 2019 day and weekend tickets are on sale now from Ticketmaster outlets nationwide ad www.ticketmaster.ie. Tickets priced from €119.90 for 3 days and €149.90 to include 4 nights camping. There are limited single day tickets available from €54.90 + VIP Upgrades for €50. Check out www.seasessions.com for more details.