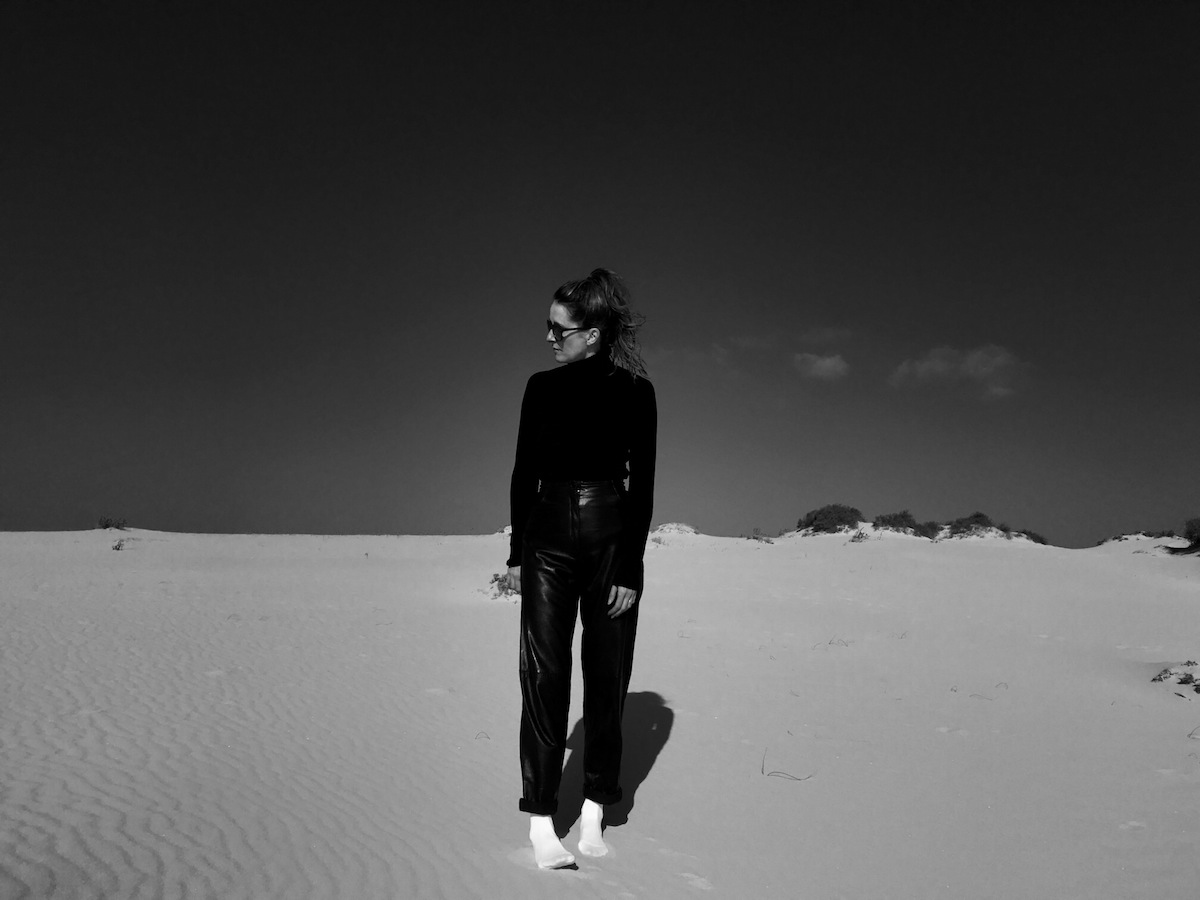 Experimental artist Penelope Trappes will bring her solo show to Dublin this week as part of this Thursday’s Future Proof showcase at the Bello Bar. Trappes recently took the time to talk to the Last Mixed Tape about what inspires her music, field recordings, and the differences between her solo work and output as one half of the Golden Filter.

The sound of Penelope Trappes most recent offering, Penelope Two out now via Houndstooth, has an incredible depth of field that draws you into vast widescreen dreamscapes and has earned Trappes’ comparisons to the likes of Nick Cave and Cocteau Twins among others via positive reviews from the Fader, Clash, and Pitchfork to name but a few. When asked about how she constructs such a sound, Trappes remarks “I just keep it simple. Some sparse piano or guitar and different field recordings of specific places and times. Then I just build layer upon layer and drench everything in reverb, of course! (laughs)”

Indeed, these field recordings add another layer of atmosphere to the already weighty sound of Penelope Two. “They’re mostly random moments I’ve collected over time on my phone” recalls the Australian singer. “It’s not something I’ve set out to collect, they’re mostly from spontaneous places that I’ve listened back to and thought oh, that’s really cool and could be a part of the record. It all works together and not because of one thing specifically. It’s about an overall sense of what’s going on”

Speaking about what inspired her emotionally to create such sonically deep music, Trappes says “I was surrounded by a lot of grief at the time. Not necessarily personal, but from friends and family around me. I guess that affected me and the music with a deep existential crisis of sorts. It made me reflective of my mortality. So, it’s about learning through empathy really.”

Trappes forthcoming Dublin show will be the artist’s second trip to Ireland this year, following an appearance as one half of electronic duo the Golden Filter supporting Sharon Van Etten in Vicar Street last March. Speaking about her work with Stephen Hindman on the Golden Filter and how it differs from her solo work, Penelope states, “The Golden Filter is a collaboration so it’s less introspective and more exuberant than my solo stuff. It’s got a kind of Yin and Yang energy to it, what I do with Steve is high energy while this is a lot quieter.”

This contrast in styles also extends to live performance. “I’ll be playing hardware for this performance and I’ll be in instrumental head space this time around,” says Trappes, discussing what people can expect from her Future Proof set this Thursday night. “More static physically but immersive in terms of sound which will be interesting on the night cause I’m a lot mellower than the acts playing on the line-up.”

The rest of 2019 will find Trappes performing another solo show at the Roundy in Cork this Saturday, April 27th, as well as releasing a record of reworked tracks from Penelope Two, called Redeux (due out on June 7th) and features contributions from the likes of JFDR, Cosey Fanni Tutti, Mogwai & more. Regarding Penelope Three, Trappes explains, “I’m not one of those people who can write on the road, so once the Golden Filter finish touring and Redeux is out I can begin to focus on digging into Penelope Three”.

Penelope Trappes will play Future Proof at the Bello Bar on Thursday, April 25th alongside Nealo featuring Innerspace & Molly Sterling and Skinner. Tickets are €12 via Eventbrite. Doors are at 8 pm.