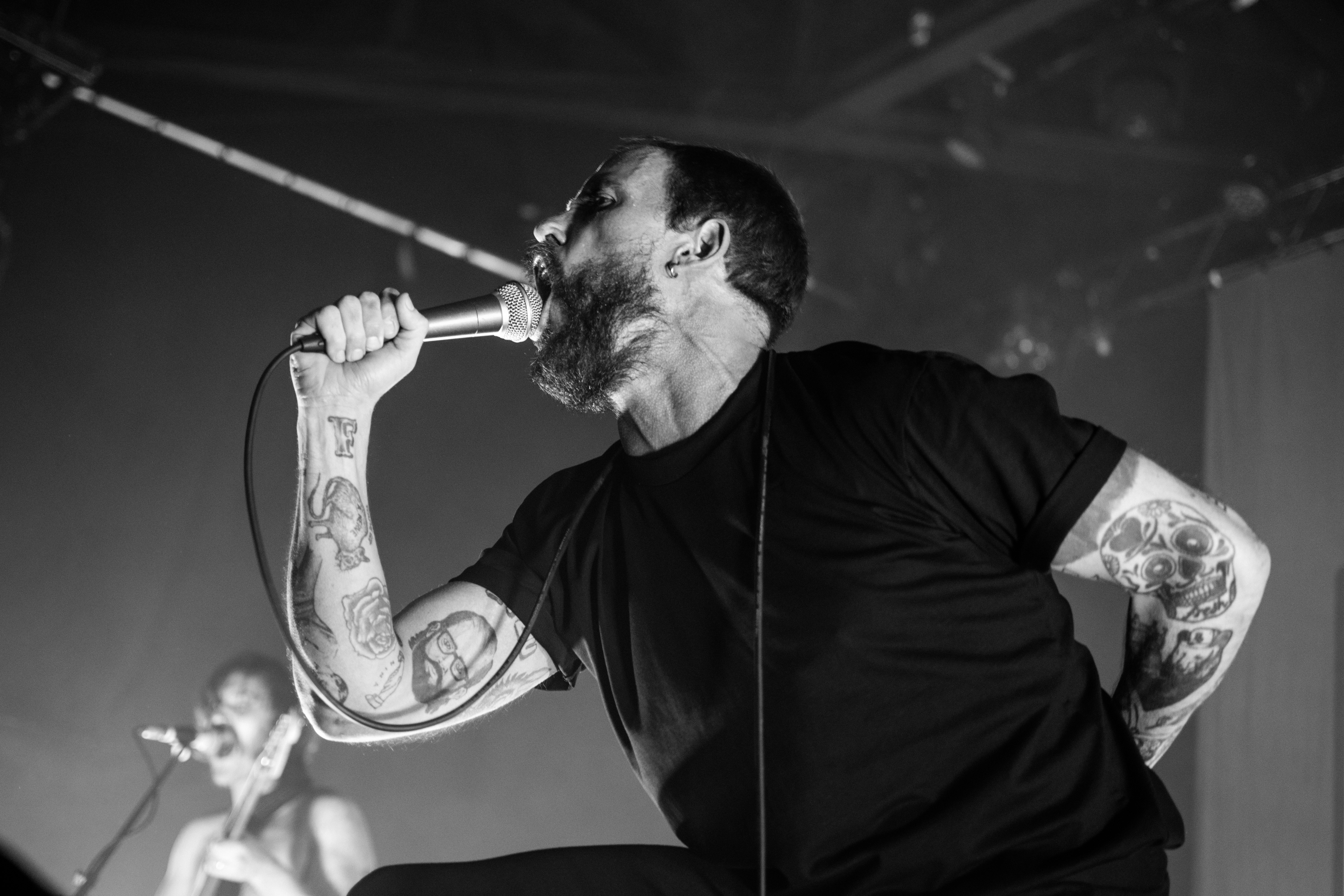 IDLES played a sold-out show in Vicar Street, Dublin last night as the group continue to tour their second album Joy As An Act Of Resistance. The Last Mixed Tape was there to cover the event.

“It’s a strange thing to be in a room full of strangers and feel loved, and feel a part of something bigger than yourself,” remarked IDLES vocalist Joe Talbot to a raucous sold-out Vicar Street last night. Indeed, being there in the moment it would be hard not to feel that something bigger than all of us was happening such was the sense of community that emanated from the band to the crowd.

From the outset, there seemed to be no barrier between IDLES and the audience. At every opportunity, they reached out, jumped out and walked amongst the bustling hive of people who packed out their Dublin headliner, as their sharp-edged driving sound the band created through rip-roaring renditions of tracks like ‘Well Done’, a powerful version of ‘Mother’ wherein both Talbot and the crowd yelled out “The best way to scare a Tory is read and get rich!”, and a call for men to start talking about the effects of toxic masculinity that is ‘Never Fight A Man With A Perm’ taken from the group’s sophomore album Joy As An Act Of Resistance.

The crowd stayed with IDLES every step of the way. Vicar Street heaved with energy as the band’s propelled music pushed the night further and further into a happening of sorts. This was exemplified by a thunderous performance of ‘Danny Nedelko’ which was prefixed by Talbot exclaiming ‘We fucking love immigrants, thank you!”, with the underlined relevancy not being lost on those in attendance as the group tore through the riffs, beats and lines like “fear leads to panic, panic leads to pain”.

Born out of frustration and a search for catharsis, IDLES live show is one of healing through the confrontation of issues that need addressing. The band portray a positivity through the release that their music gives, this, in turn, was reciprocated by the Dublin crowd two-fold, as the intimate confines of Vicar Street shook with the combined roar and rumble from the people on stage and off.

All photos by Stephen White. Click and scroll through the gallery below.