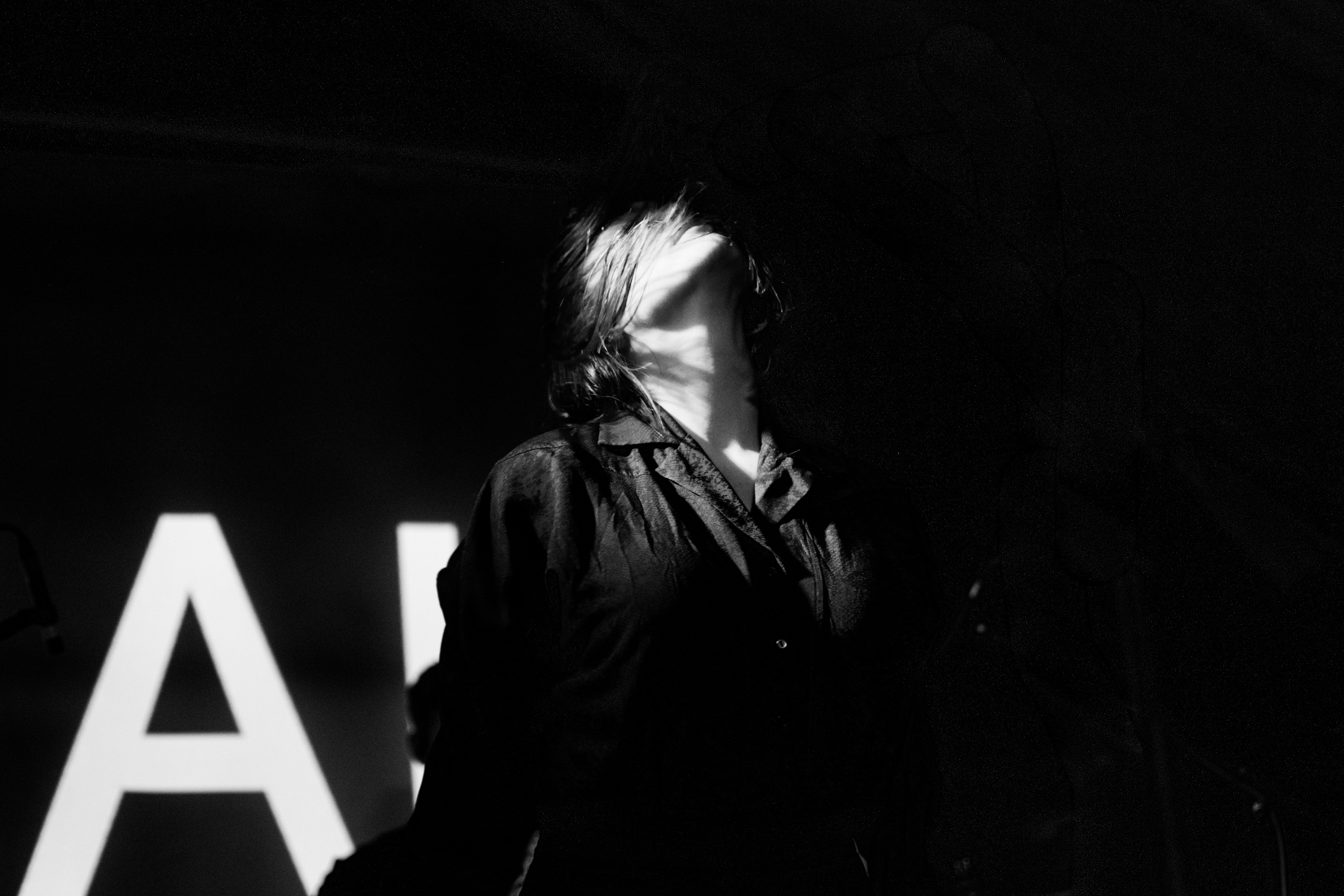 AE Mak played her first headline show in Dublin in almost two years last night at the Grand Social. The Last Mixed Tape was there to cover the event.

AE Mak has a tangible connection with her audience. I can’t count the several times I’ve been to see a much-hyped band only to be met with a room filled with “industry people” and but very few actual gig-goers. However, midway through AE Mak’s visceral set at the Grand Social last night, I looked around and saw a packed out crowd who hung on every beat, chorus and movement that came from the stage.

This is important. There’s nothing artificial about AE Mak’s rise to this point. While there have been a few incarnations in the past, several of which were HWCH highlights for me, it was clear to all last night that the metamorphosis is complete and what was on stage was the finished article (at least for now).

Moving through renditions of ‘Love Flush’, ‘I Can Feel It In My Bones’ and ‘Too Sad To Sing’, it becomes clear that the art-pop core of AE Mak’s early days has merged with a far more overt electronica backbone that shines right through, fills the room with infectiously danceable beats and creates a sonic thread from start to finish. All with the ability to wrap complex rhythms around hook-laden, sing-a-long songwriting serving as the perfect setting for Aoife McCann’s powerhouse performance.

There is not a moment throughout AE Mak’s set on Friday night that the bustling Dublin crowd weren’t being transfixed, beguiled or enthralled by McCann. Her stage presence is a key element to the live shows. From the way, Aoife attacks each song as if every inch of her energy is channelled through the intricate choreography to the soaring vocal flourishes seen in tracks like ‘We Have It Right Here‘ (AE Mak’s current single), McCann takes the audience by the hand and pulls them into the a show filled lush music, ear-worm choruses and intricate beats. And in turn, those in attendance fully committed themselves to an experience that has a very clear vision to it.

And that’s what is so exciting about AE Mak. Having built a reputation both in the studio and live, the buzz around McCann is justified due to the organic way she’s gone about creating it. At the Grand Social, the crowd cheered the songs they recognized (impressive due to the AE Mak’s relatively short lifespan to date) and instantly embraced the new material. As I said before, there’s a connection between AE Mak and the audience, one that grows with each live performance such as this.

Click and scroll to see the full gallery below. All photos by Stephen White.