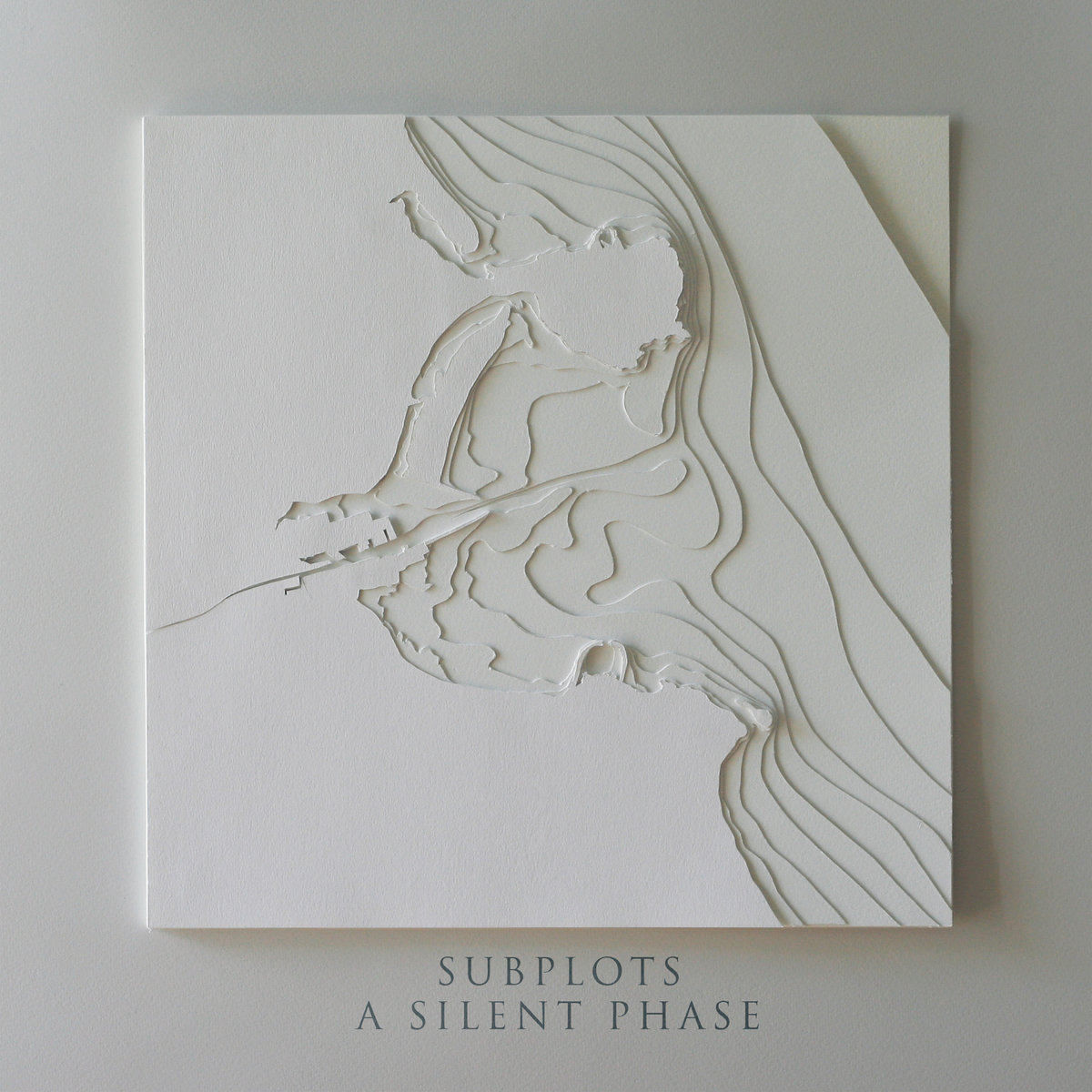 A meeting of atmosphere, texture and depth of field, A Silent Phase simmers with soundscapes that run right beneath the far-reaching vocals, subtle guitar interplay and crushed snapped beats. All of which makes Subplots latest release such an engaging album to simply sit and listen to.

Indeed, A Silent Phase flows in a way that few albums do. Through the opening scene setting of ‘To A Fault’ to the textured indie-folk tinged ‘Unspeak’, Subplots weave the heavy layered and enclosed sound of their music into a full-length journey through the group’s patient atmospherically building music. This sense of cohesion makes each song link from one to another resulting in the overarching sound of A Silent Phase having a defined character from the very start.

Out of this sonic thread emerges highlights such as the dark, dynamically jolting of ‘Unfurling’. An unforgiving track, the fuzzy bass lines, clattering rhythm and distant vocals collide and unsettle, the serene feel of A Silent Phase whilst not completely breaking the world Subplots have looked to construct.

In fact, the slightly ominous edge that lies beneath the music means this gradual ebb and flow of tonal density rears its head again in the persistent low-end pulse of ‘Drunk Forest’ while meandering brass melodies unrelentingly wrap themselves around the main vocal before the sudden and long-held silence at the end. Meaning the sense of unease that permeates within A Silent Phase all the more effective.

A Silent Phase is an ambitious and challenging record. From its opening Subplots look to deliver an album that is one whole piece, thematically, sonically and tonally. In this way, the L.P has a thread line that intrinsically links each song to the album as a whole. Each track rests within the running order for an over-arching purpose, therefore making A Silent Phase an experience to be had in totality.

A Silent Phase by Subplots is out now.