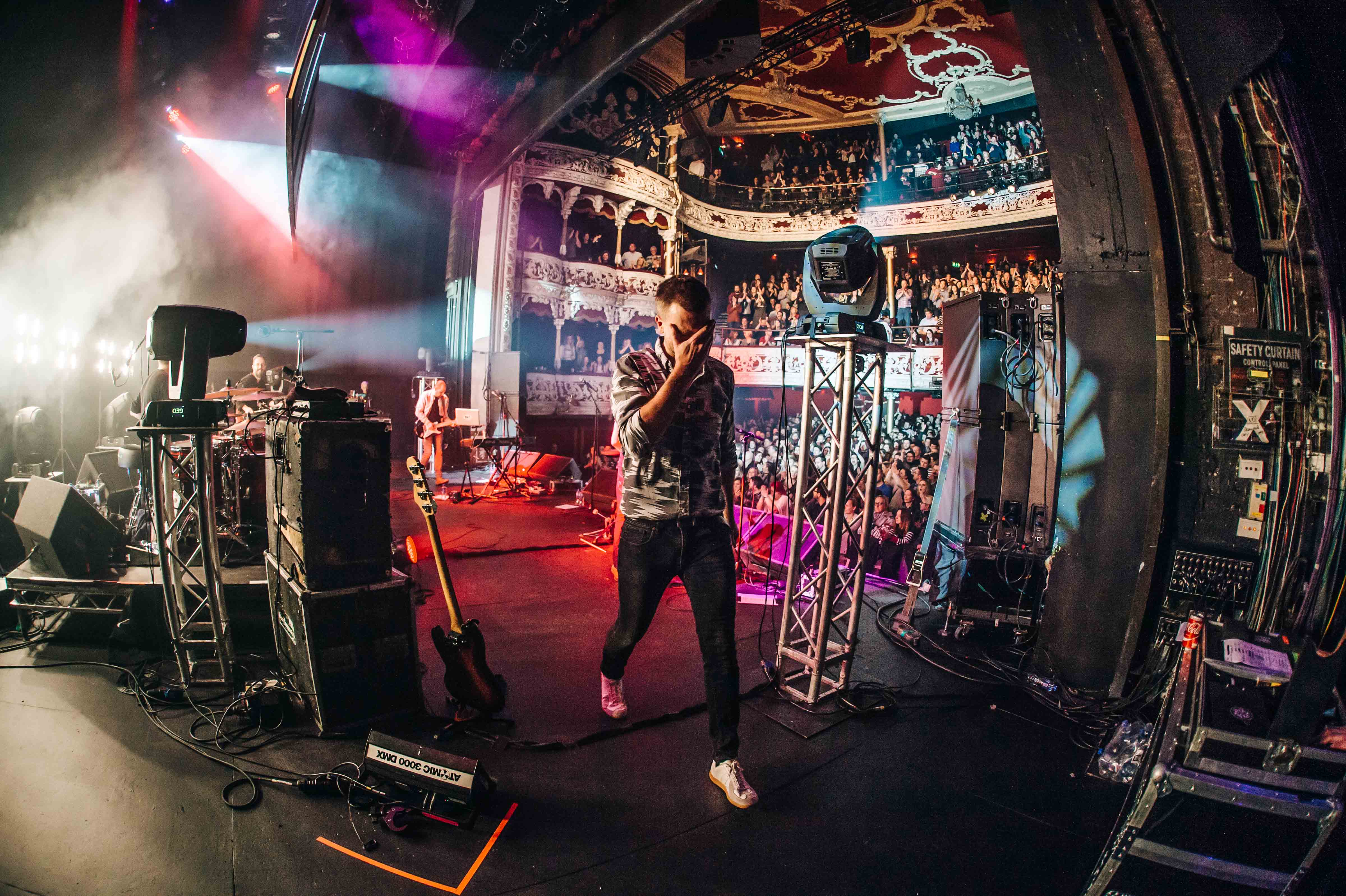 Eminent photographer Ruth Medjber will present her first solo exhibition Ruthless: A Decade Of Live Music at the Fumbally Exchange in Dublin from Friday 23rd November to Sunday 2nd December. Ruth recently took the time to talk to The Last Mixed Tape about the exhibit, her career to date and the landscape of music photography today.

“I’ve been shooting gigs for half my life. But I decided to put a 10-year cap on the exhibition because I wanted to keep the work included to a high standard.” Medjber explains, reflecting on her decision to look back on the last decade of her career, one that has seen her shoot the likes of Metallica, LCD Soundsystem, Jay Z, Grace Jones, Leonard Cohen and Dua Lipa to name but a few. As well as Irish acts like Le Galaxie, Lisa Hannigan and Bell X1 (pictured above).

With such an extensive portfolio and long period of time to draw from, Medjber was able to trace her trajectory as a photographer. “So, for the last two weeks, I’ve been sifting through a mountain of hard drives, going back years.” Mejber continues. “The really interesting thing about it is, I’ve been looking at the shots I chose to send to Hot Press for a Cure gig I did, and they’re not the ones I would choose now at all. So I pulled another one from that batch that I felt captured Robert Smith’s personality and the bands as well. My eye is completely different from how it was then.”

Although Ruth Medjber has rightly earned a reputation as one of the countries foremost live music photographers, she is constantly evolving and taking on jobs that push her to go further, like her most recent tour with the legendary Arcade Fire. “I’m always looking to improve and learn. When I was asked to go on tour with Arcade Fire that was really tough. Their standard was so high, higher than what I had worked to before. I was a little scared at first, to be honest, but I learned so much. It made me make a clearer conscious effort. I would talk to the lighting and sound crew and find out what they were doing throughout the set. I ran around the arenas looking for new vantage points to shoot from. Anything to get away from taking bland shots. The thing about Arcade Fire fans is, they know the personality of each member inside-out and they know if you captured it or not.”

Indeed, the scale of Arcade Fire’s most recent tour highlights the scope music photographers have to capture to convey the live experience as we know it today. Ruth explains how this impacts on the job. “Shows are far more artistic, they have to be. Social Media has the biggest impact. Bands know that everyone in the audience has a camera now and have to consider that with their stage and lighting design. Everything has to be a big production, back in the day band’s like Queen and Freddie Mercury could rely on just the sound alone to wow people but now everything needs to be bigger and better to stand out. So, now as a photographer, you’re doing a lot more running around trying to get 360 coverage, wide shots, everything. You’re run ragged.”

With her exhibition about just about to open at the Fumbally Exchange this weekend, and a decade of photography, gigs and artists to look back on, Ruth clearly and perfectly explains, why now?

“I felt that it was the right time in my career. I’m one of the lead photographers at Electric Picnic, I’ve been shooting HWCH and Castlepalooza for years and I’m just back from touring with Arcade Fire too, it just felt right. There have been a lot of things that happened over the past year that made me want to take on this workload, the job means more to me, it’s my identity and I wanted to do something to show all that.”