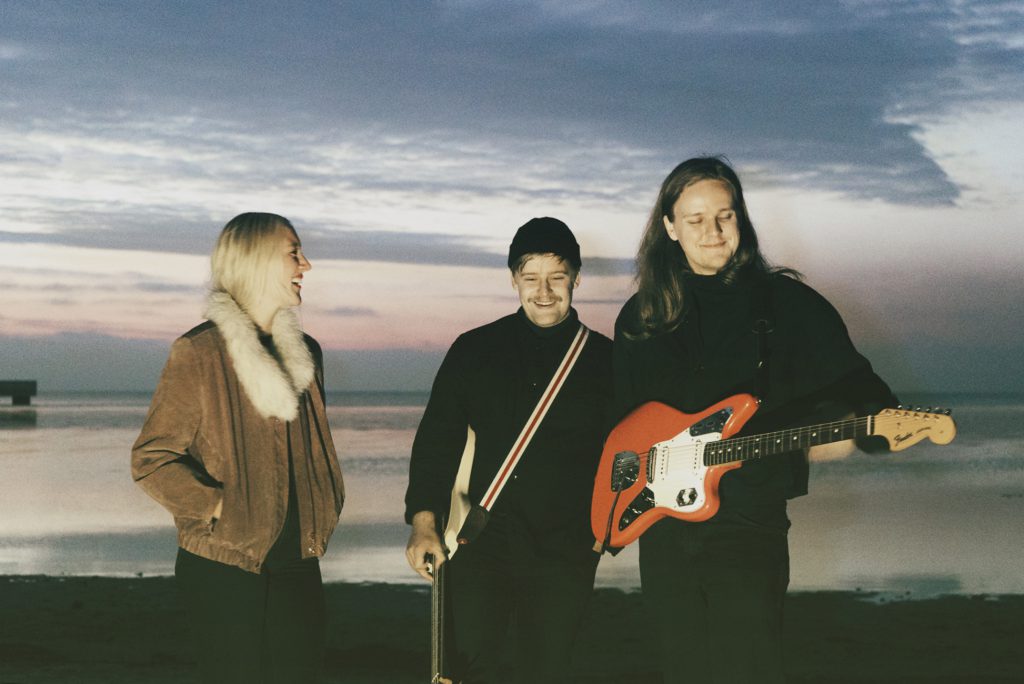 Swedish shoegaze band Echo Ladies play Dublin’s East Side Tavern on November 8th. Ahead of next month’s show, the group, who are currently touring their debut album Pink Noise, talk to TLMT about what they’ve been listening to, their influences and future plans.

What’s the last record you bought?
Joar: Probably Philosophy of the World by The Shaggs. One of the greatest albums in the world.

Matilda: Can’t remember… I’m in-between moves so all my records are in my friends
storehouse.

Mattis: The last album I bought was White Men Are Black Men Too, by Young Father. Great album, check out the song ‘Shame’.

What’s the last song you played on Spotify?
Joar: ‘таксист’ by Buerak

Matilda: ‘Found You’ by Django Django

What inspires your music?
Different things, happiness, and sadness. Successful and failing relationships and life itself. But we also get very inspired by music in general and synthesizers and effect pedals.

You play in Dublin this year. What’s your personal favourite track to play live?
Joar: I especially enjoy playing Bedroom and Waiting for a Sign live.

Mattis: My favourite ones are Bedroom and Overrated. Nothing ever lasts is also very fun to play live.

What are your future plans?
At the moment we’re just writing new music for a second album. We spend a lot of time in our rehearsal space. But we also want to tour more, hopefully all over the world!

Tickets to see Echo Ladies live at the East Side Tavern on November 8th are priced at €10 and are on sale now ticketmaster.ie.