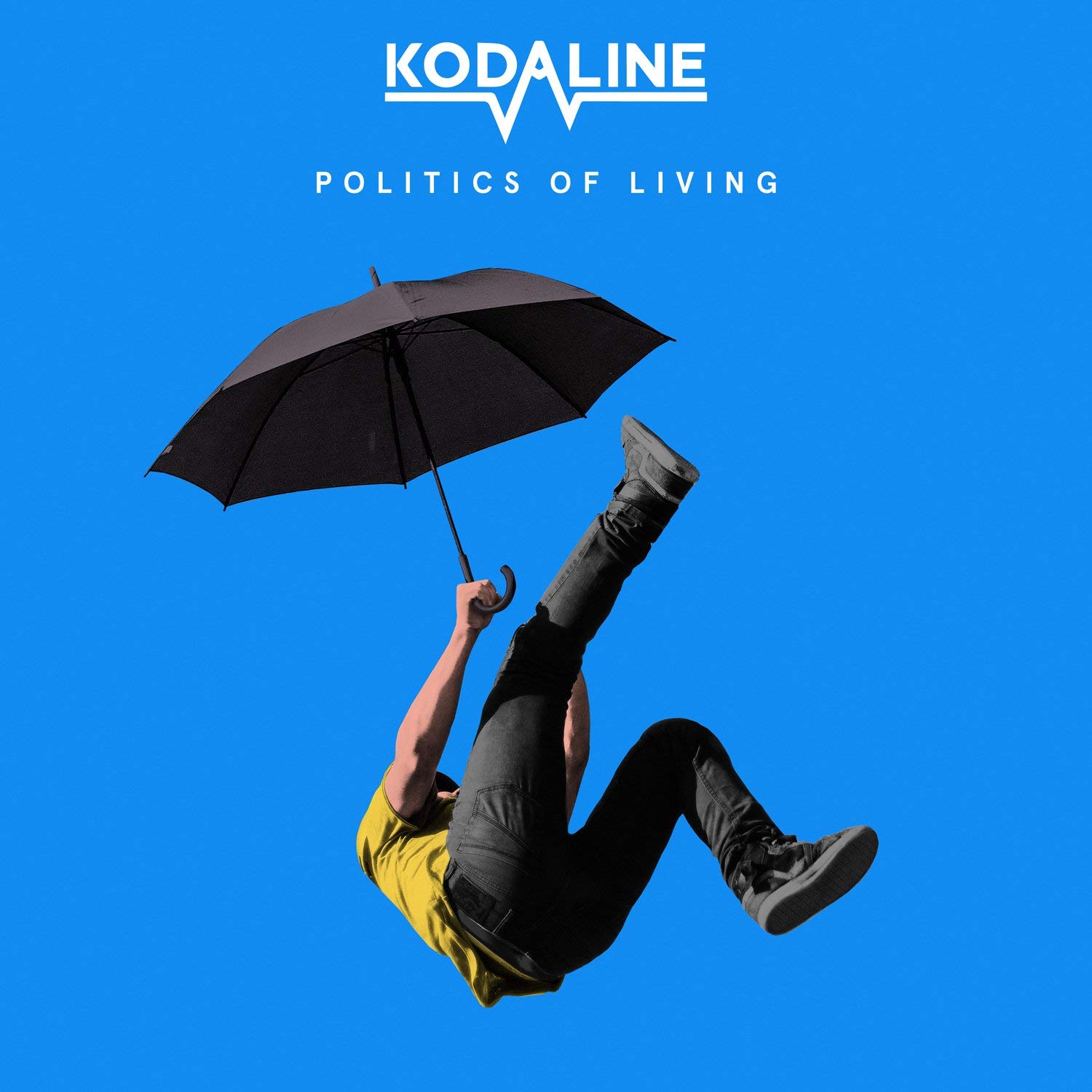 Politics of Living is interesting. Not musically, the album sticks vehemently to the middle of the road. Instead, Kodaline’s third studio outing is interesting in the commercial success that will greet it and the question why nondescript paint-by-numbers music gets rewarded over all else. As always, the devil is in the detail.

An album of sonic wallpaper, Politics of Living finds Kodaline hitting the mark they set out from the beginning of their career. The album is not good, it’s not bad either, the record contains little to no distinctive flourishes of personality to separate it from the rest of the pseudo-rock anthem scene of which they are apart. It simply is. In the most straight down the line dictionary definition of an album, Kodaline provide twelve identikit “Kodaline” songs you’ve heard before from a thousand other bands and from the group themselves twice in the past. In short, Kodaline tries not to rock the boat and instead opt to sit on the shore.

Starting with ‘Follow The Fire’, the flat-pack assembly of Politics of Living makes itself known. Insert reserved dynamically held back verses into big sing-a-long choruses, add meandering clichéd lyrics that don’t distract from the overall production and place within glossy anthemic-pop production for best results. This formula is washed, rinsed and repeated on ‘Shed A Tear’, ‘Hell Froze Over’ and ‘Brother’, with only slight variations seen throughout and no thematic thread to hold things together.

To be clear, Politics of Living is by no means awful. Indeed, the record is an improvement on the listless Coming Up For Air. Kodaline have never been accused of pushing boundaries, even their own. They’re a band with stadium pop dreams, and write songs to match that ambition. The production on Politics of Living certainly meets this requirement as does the songwriting. The tracks are all written with this particular goal in mind, and while the fact that every chorus is made for audience participation can become grating (see: ‘Temple Bar’ and the closing moments of ‘Brother’), there can be no doubt that fans of the band’s previous work will find lots like, especially in ‘Worth It’.

Kodaline are a brand. Their music has been deemed successful and commercially viable because that was the case for the acts they’ve modelled themselves on as well as their own track record. They can be compared to the likes of the Script, and therefore garner the same attention and status. The music is easy to ignore, non-confrontational, and safe for all the family. The songs can be placed in the background of radio and tv ads, or on early morning/daytime playlists. Resulting in an almost subliminal earworm effect. As I said before, Politics of Living is sonic wallpaper.

However, all of this is a self-perpetuating prophecy laid out by a music industry that is still holding on to what it thinks is the safe bet. The reason these types of bands are successful is due to the disproportionate media attention they get, and the reason they get so much of this attention is that they’re deemed a commercial success and therefore will bring in more listeners, readers and viewing audiences. That sort of saturation then naturally leads to a bigger following. It’s an Ouroboros system that foregoes growth for the status quo and is not sustainable in the long run for either the industry or the band.

And so it goes, Kodaline’s Politics of Living may very well put them where they want to be. It certainly has all the characteristics, both good and bad, to do so. Fans of Kodaline will get the fix they want, and the live shows will be big, sold out sing-a-long affairs. There’s nothing wrong with that. But, whether or not Kodaline can keep churning out the same old formula remains to be seen. Immediate success never ensures long-term durability. What can be ignored, won’t be remembered.

Politics of Living by Kodaline is out now.