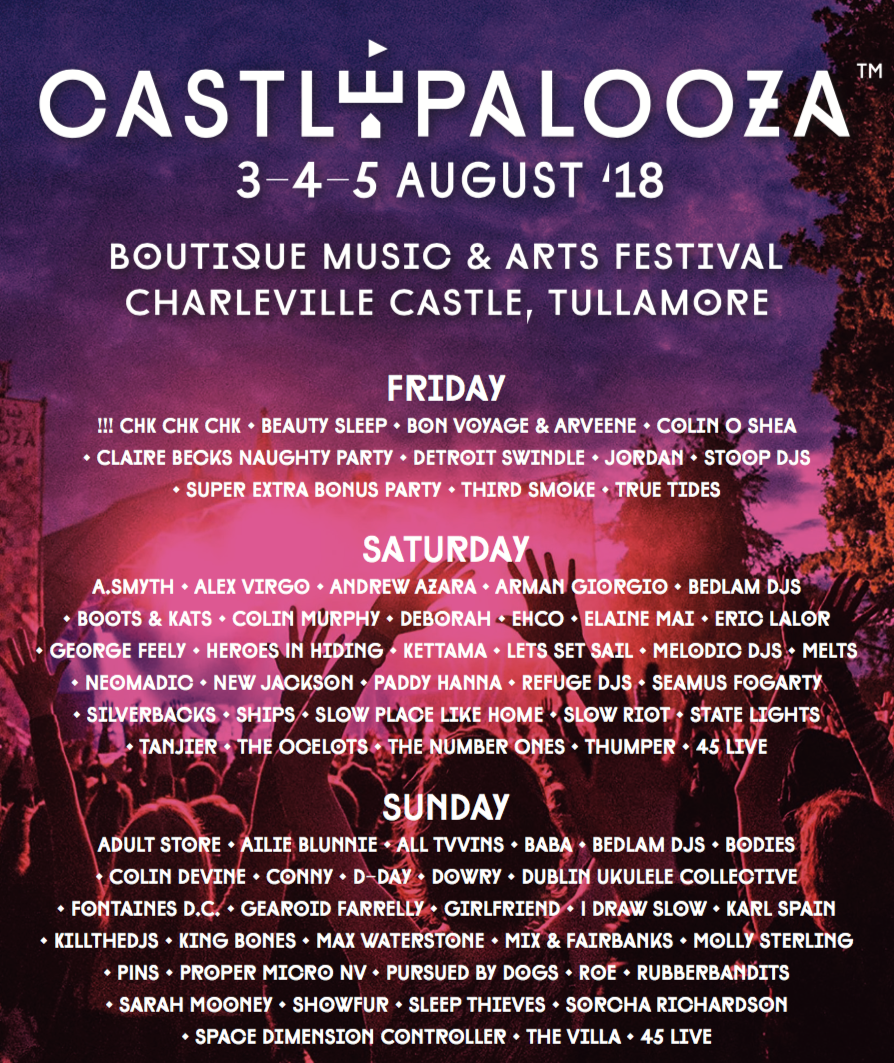 The Castlepalooza 2018 day to day breakdowns has been announced today as well as several new additions to the line-up.

Two Day Tickets to Castlepalooza 2018 are on sale now and are priced at €79, while weekend & Day tickets are also available from www.castlepalooza.com.