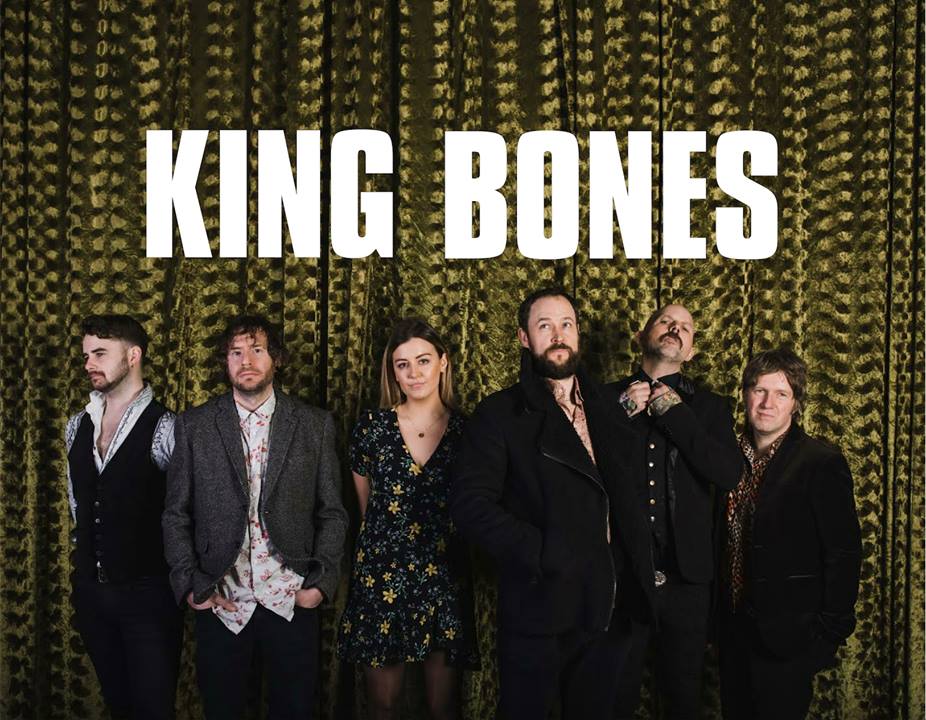 Ahead of a busy summer festival season which includes a slot at Forbidden Fruit 2018 this weekend as well as a headliner at the Bello Bar on Thursday night. King Bones talks to TLMT about what’s to come.

I think it was the last release by Dublin producer MathMan (yeah of Mango x MathMan), bought his Bangers4Cash EP recently, just love what he does. We actually bumped into him recently at a do where he was giving a talk. Top bloke.

Revisited the Yeah Yeah Yeahs ahead of their gig with Beck in the Point. Karen O, what a maverick, a total inspiration and probably THE best live performer frontperson there’s ever been. They just don’t make em like that anymore do they? Though I think she’s on record as saying recently that she steals all her moves from me.

Tell us about how your latest single ‘Party Animals’ was written?

Written in Dingle it was inspired by the legacy left behind by the incredible artists we’ve lost in the last few years like Michael Jackson, Amy Winehouse, Prince, George Michael, Bowie. When we wrote Party Animals it just poured out effortlessly and beautifully. It’s the song we want everyone to hear. It feels like we’ve been chosen to share this gift with the world. It’s got that timeless quality, the forever feeling, like the euphoria of scoring the winning goal in the last minute of extra time in the World Cup final while dressed as Superman and riding a Suzuki Hayabusa.

You launch the Best Friend E.P. at Bello Bar later this month. What’s your personal favorite track to play live?

From the E.P.? The opener Right There. A four-minute stomping, rocket up the ass that you’ll be dancing to on the table of your best friend’s kitchen at 4am next Sunday morning.

With festival season just over the horizon, what are King Bones future plans?

Stuff is getting thrown at us all the time, a craaazy busy time coming up! After our EP launch at Bello Bar we’ve Forbidden Fruit the following Saturday evening – gonna be epic! Then it’s full throttle up the M1 to Vantastival to close the Woodland stage that same Saturday night. The June Bank Holiday weekend is such a special time of year, everyone’s so full of the joys coming into summer.

We’ve got one eye on a debut album so after the festivals we’ll be straight back into the studio with Ger to work on new ideas, there’s a real urgency to get our songs out to people. Also, this summer Party Animals will be featured in the directorial debut by Hugh O’Conor in his film ‘Metal Heart’ so we’re really looking forward to that. We plan to release our next single after the summer so we’ll meet with a director to bounce ideas around …and then there’s the closing night of Castlepalooza on the August banker! Last year at CP was one of our fave shows we’ve ever done. Hazy memories of a sea of hands, singing our tunes back to us with sweat dripping down from inside the tent…just the way we like it. Exciting times ahead.

King Bones launch their new E.P. My Best Friend at the Bello Bar on Thursday night. Tickets are priced at €10 via Eventbrite.