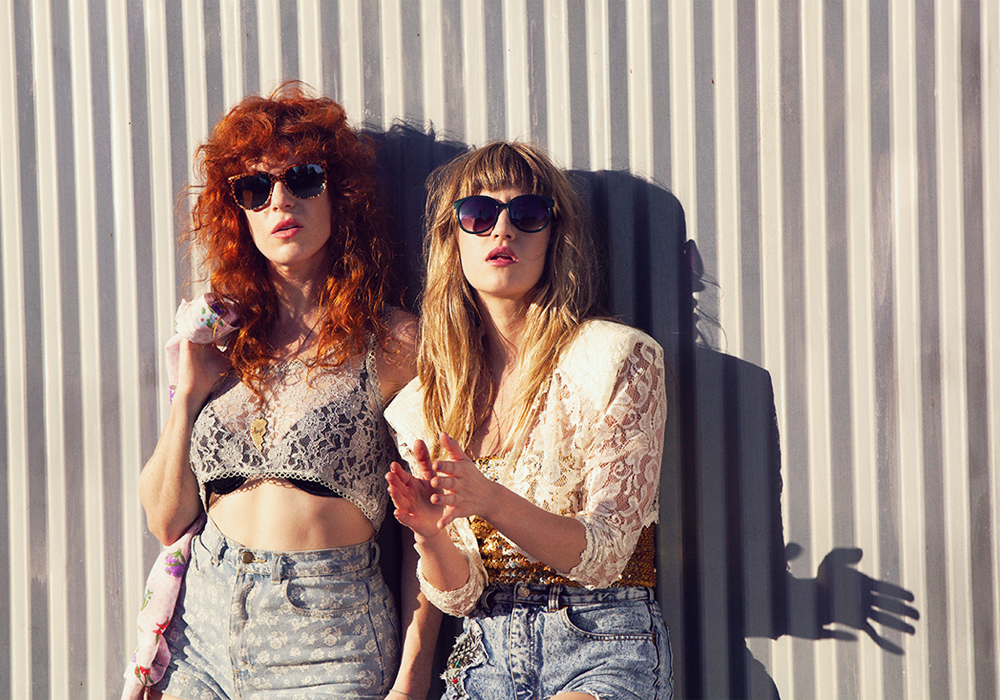 Garage-rock duo Deap Vally are coming to Dublin this summer, playing a headline show at the Grand Social on June 27th. Guitarist and vocalist Lindsey Troy talks to the Last Mixed Tape about the bands’ forthcoming new music and upcoming collaborative projects.

“We’re super pleased with it,” Lindsey remarks, looking back at Deap Vally’s 2016 sophomore studio album Femejism. A real breakthrough for the pair the record was also met with considerable critical acclaim upon its release for its raw raucous rock sound. “We made the record we wanted to make. We got to work with Nick (Zinner) from the Yeah Yeah Yeahs, it was sort of a sonic exploration. So I love it still”.

Following the release of Femejism, Deap Vally have continued to push their music forward, with the duo just finished working with psych-rock legends Flaming Lips on an upcoming new project. “It’s like a super crazy dream,” says Troy “We’re doing a collaborative series with friends and some of our favourite artists. So we did some recording in Wayne’s (Coyne) house last week, and we’re also working with Jenny Lee from Warpaint, KT Tunstall and a couple more.”

“We write about all kinds of things,” Troy state, speaking about what’s inspiring forthcoming new Deap Vally material, which may come out later this year. “We’ve got an easy going approach which is fun. We go in there and just starting jamming, screaming whatever comes out into the mic. It’s personal, but I think it’s a stream of conscious really”.

Tickets to see Deap Vally at the Grand Social, Dublin on June 27th are priced at €17 including booking fee and on sale now via Ticketmaster. Doors 8pm.