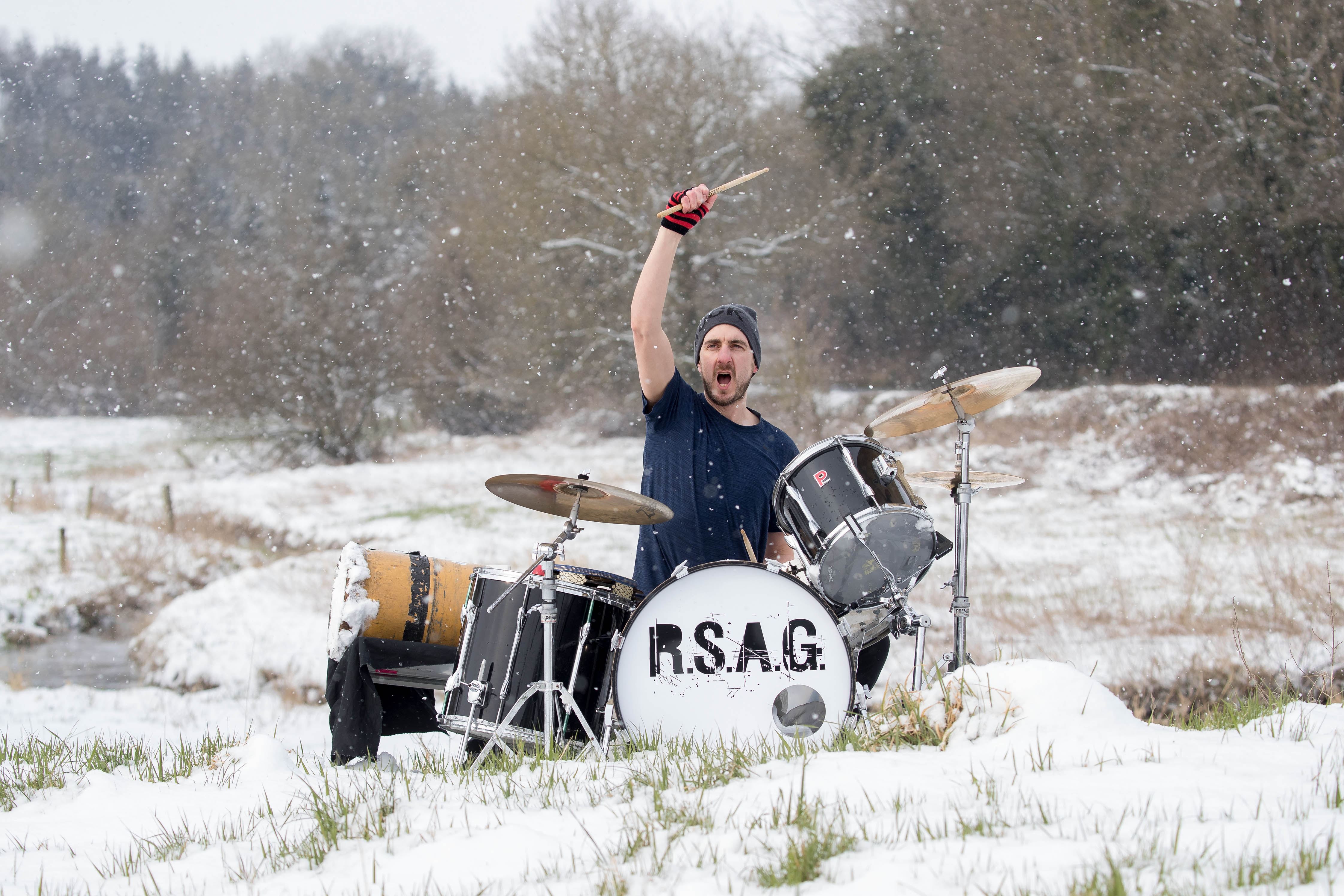 R.S.A.G’s Jeremy Hickey will be running a series of drumming workshops as part of Kilkenny Tradfest 2018. Ahead of this weekend’s festival, Jeremy spoke to TLMT about his beginnings are a drummer, influences and approach.

When and why did you first start drumming?
Apparently, at an early age, I would use any available surface as a percussion instrument. I built my first drum kit using whatever objects I could get my hands on around the house. It consisted of paint cans, an old spring from the garage door, pots and pans and two slightly different sized wooden spoons. Looking back now, I think I was fascinated with trying to emulate the different tones of a drum kit. Something I feel is still ever present in my own productions.

Was there a particular drummer that inspired you growing up, and what drummers are grabbing your attention now?
I always loved the power of John Bonham and the lunacy of Keith Moon. These guys were the first real introduction to how you could combine style and performance. Currently, I think Alexander Sowinski from Bad Bad Not Good and Tommy Grey from BARQ are interesting. I really like this whole new style of combining loose funky beats with a more rigid drum machine feel.

How did R.S.A.G first come into being?
Rarely Seen Above Ground had initially started when I got a Tascam 4 track tape machine and began experimenting with recording, writing and arranging tracks, around 1994. In the summer of ’96, I teamed up with a friend, John Daly aka Sean Og, who had a cool studio setup in his house. Over the course of that summer, we experimented with this idea of lying the drums down first, then writing the music after. I borrowed a keyboard and talk box from a friend, Tony Cleere, which really helped shape the overall sound of the recording, so thanks again for that my man. To me, these tracks were exciting, fresh and experimental. Influenced by all the music I had been listening to and discovering at that time. Daft Punk, DJ Shadow, Moby, and Fugazi to name but a few. Sean Og was a key part of this process. Along with engineering and co-producing, he also played the cello, sang, hit metal objects and made some killer brown bread sandwiches. This project was under the guise ‘Blue Ghost’. On the last day of mixing, a friend who returned from America, local legend, Gareth Sweeney who played bass with the infamous Kilkenny band ‘Gout’, came by to check out what we had done. I remember him turning around halfway through the first track and saying, “You keep this quite, you’re Rarely Seen Above Ground”. Anyway, he doesn’t remember saying that, but that’s how I remember it!

How do you think your approach to drumming has changed over the years. Do you approach writing drum parts for RSAG differently from other projects you’ve collaborated on?
I think your approach to writing in general changes and adapts to fit in with what it is your trying to say or express at that particular time. In the case of the drums, sometimes I would have a different approach to writing R.S.A.G. parts to a lot of session work I do. For example, when I did a session for Xavier De Rosnay (Justice) and Mehdi Pinson (DVNO), they were looking for a specific sound and style that required quite a few takes to get it exactly right. Whereas, when I recorded the drums for my second solo album, Be It Right Or Wrong. I recorded the drums for the entire album in one day.

If you had one piece of advice to give people just starting to learn the drums. What would it be?
Learn about pulse and tempo, firstly clapping along with a metronome. I’d recommend pro metronome, it’s a free app. Then, play the kit with a metronome and to your favourite tracks. Start off around 70 bpm and slowly increase as you get more confident, and most importantly, have fun! If you can play to a metronome then you’re halfway there.