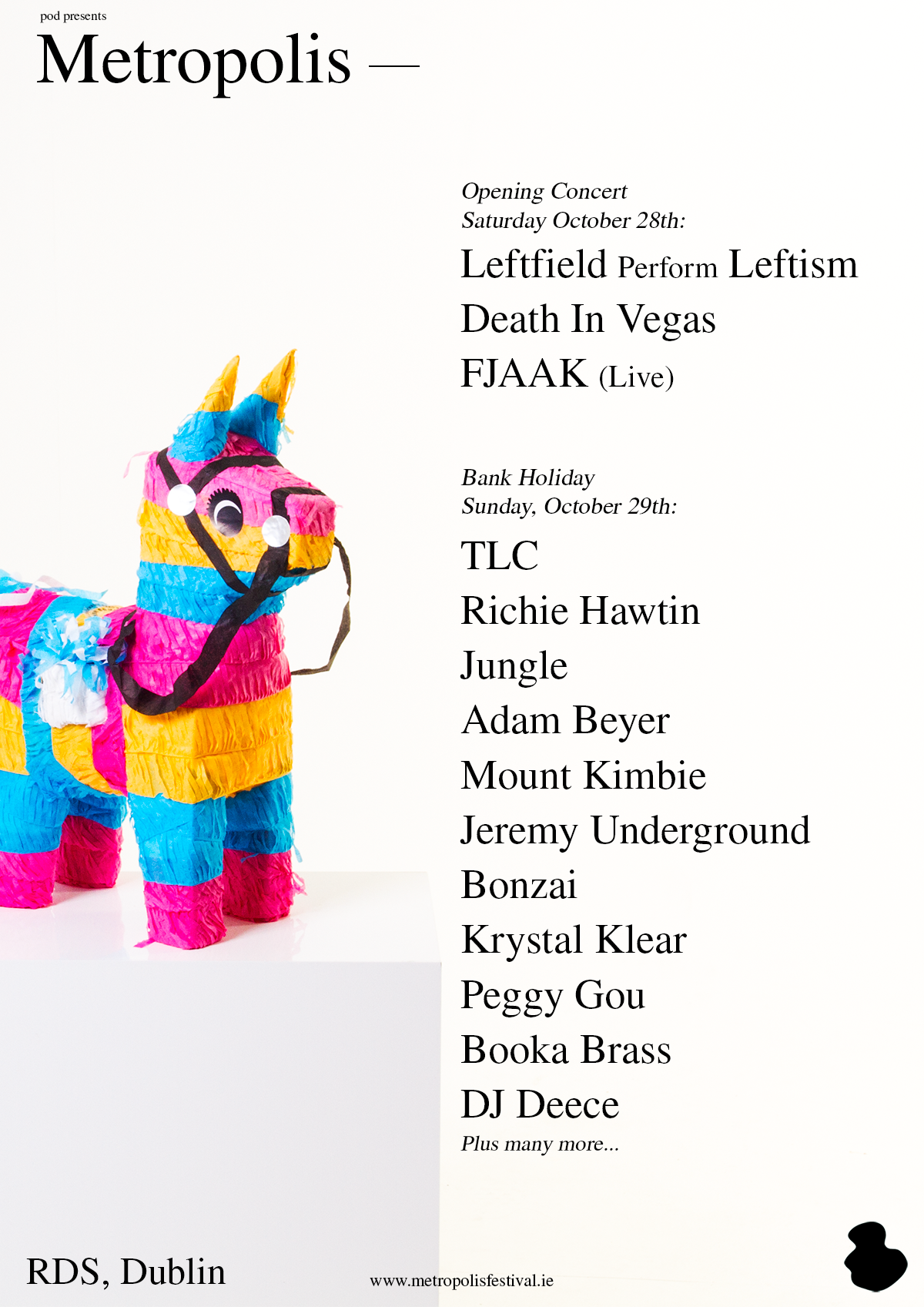 The daily line-up breakdown for Metropolis 2017 in the RDS has been announced today including several new additions.

The daily breakdown at Metropolis 2017 are as follows;

Metropolis 2017 will take place at the RDS, Dublin from October 28th – 29th. For more information on this year’s festival visit metropolisfestival.ie or the event’s Facebook page – here.

on sale via Ticketmaster.ie & Usual Outlets