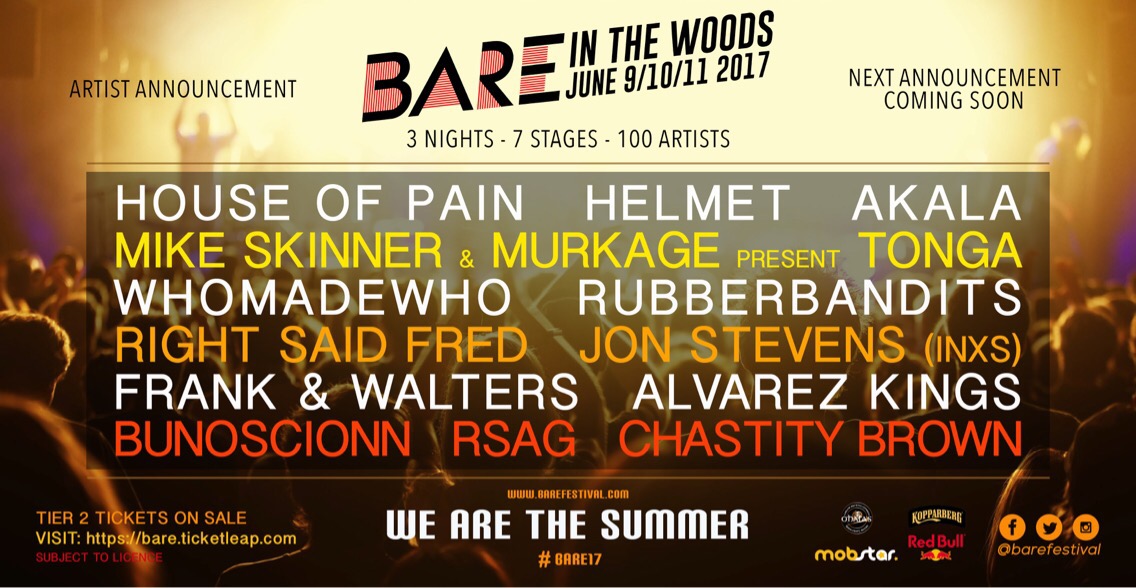 BARE in the Woods 2017 had just announced the addition of several new acts to its festival line-up.

BARE in the Woods 2017 will take place at Garryhinch Woods from June 9th – 11th. For more information visit barefestival.com.