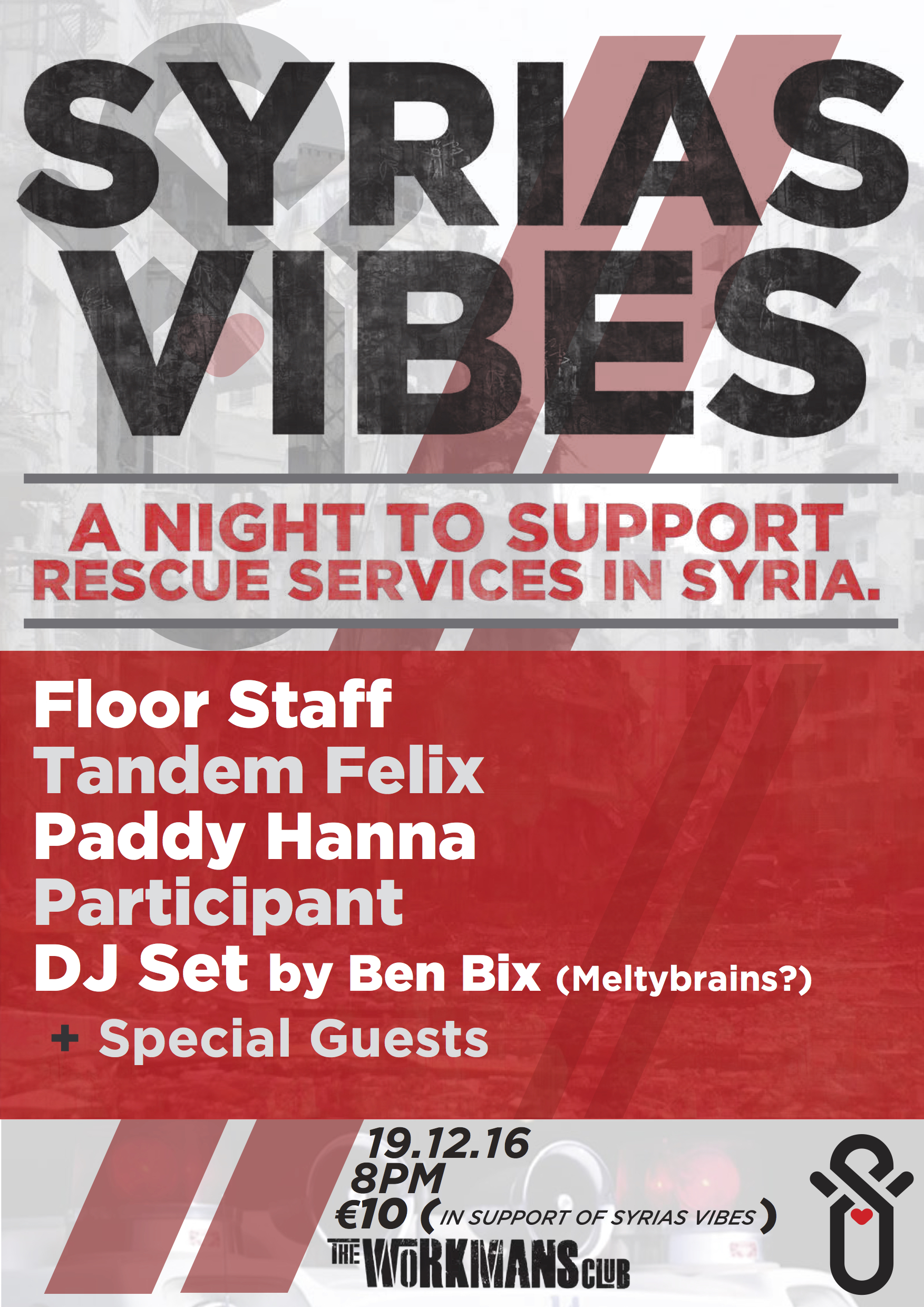 The gig will take place at the Workman’s Club in Dublin on Monday, December 19th and will feature performances from Floor Staff, Tandem Felix, Paddy Hanna, Participant and a DJ set from Ben Bix (Meltybrains?).

Speaking about the event, co-organiser Bob Gallagher states: “I think like a lot of people we were seeing the news reports and feeling horrified but also confused about what anyone can do. To keep watching it unfold at a distance on a screen feels morbid and brushing past it feels heartless, so in the early hours of Wednesday morning myself and two friends, Fia and James, exchanged a few messages to see if we could do something at short notice. By Wednesday evening we had a venue, a sound engineer and a line up. I think bringing people together for a night of music is a positive thing to do in itself and if that can raise even a little money it’s a great way of being active and getting a community together.”

The organisers will be working with Syrias Vibes, a Dublin based charity who are currently fundraising to put two new ambulances on the ground in Syria. Syrias Vibes was created by Dublin born DJ – Calvin James to support the civilians of Syria in their plight for freedom and safety.  They’re currently at 44% of their goal, with one ambulance expected to be active by next week. Organisers are hoping that a sold out show could help to make this a reality.

Show at 8pm and tickets are €10 on the door. For more information visit the event’s Facebook page – here