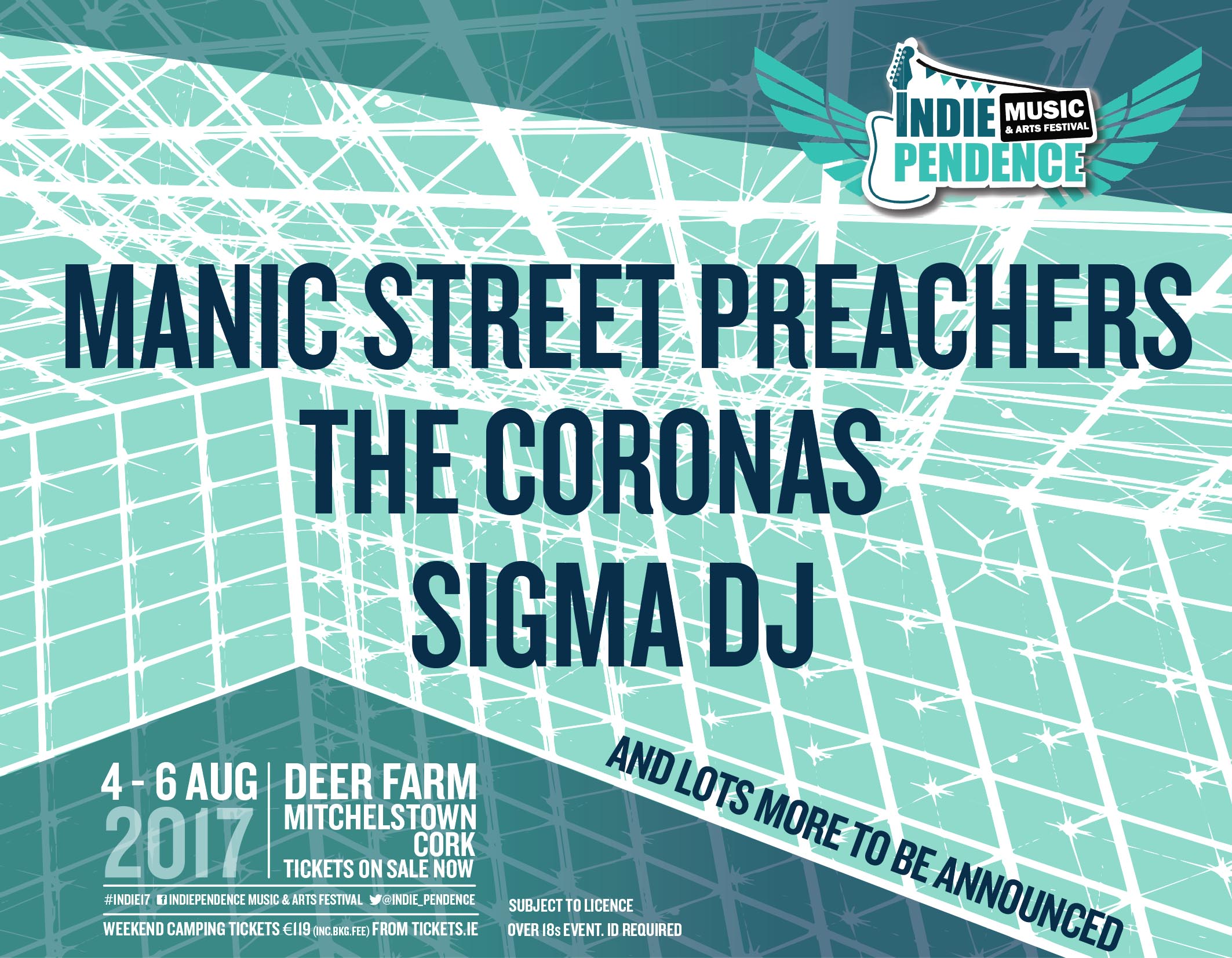 The first three acts confirmed to play next year’s Indiependence music festival in Cork have been announced today.

The Manic Street Preachers make their very first appearance at Indiependence having headlined the likes of Glastonbury, T in the Park, V Festival and Reading. The Manics have won eleven NME Awards, eight Q Awards and four BRIT Awards in a stellar career spanning twelve albums to date.

Four years since they last headlined INDIE, The Coronas return to a festival that they have long had a love for. The band’s latest album, The Long Way, has already achieved platinum sales, with a new album out in 2017.

Early Bird Tickets for INDIE16 sold out within 24 hours and fans will be happy to hear that subsequent ticket tiers will remain at 2016 prices – there will be NO INCREASE in the price of any INDIE tickets in 2017.

Tickets are available online at www.tickets.ie with a limited amount for sale at Mitchelstown Post Office.