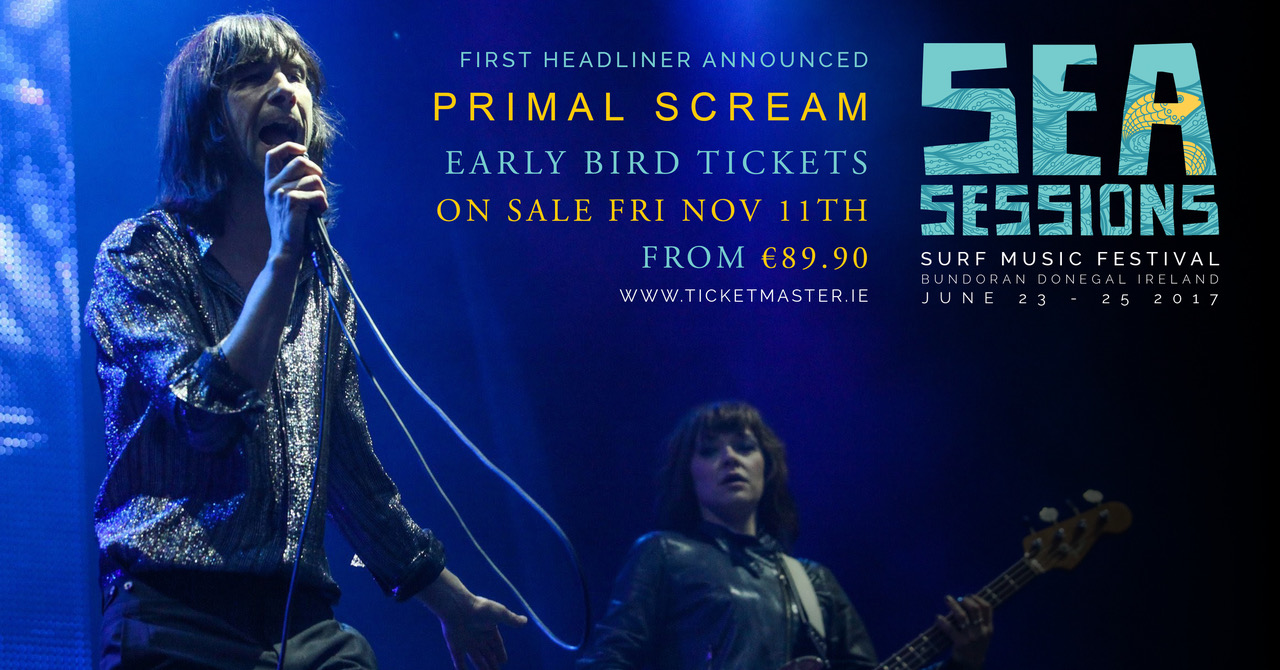 Plans are already in motion for Sea Sessions 2017, with today’s news the indie-rock legends Primal Scream will headline the festival next year.

The annual summer surf & music festival will return to Bundoran in Donegal from June 23rd to June 25th, and will celebrate it’s tenth year with Primal Scream set to headline Sea Sessions 2017.

On the news of Primal Screams addition to the line-up, Ray O’Donoghue Festival director says “We were gutted when Primal Scream pulled out last year due to Bobby breaking a bone in his back so we’re absolutely thrilled that they’ve agreed to come back in 2017. They’re one of our favourite Rock ’n’ Roll bands of all time. We’ve a few more big ones up our sleeves for 2017 too. The tickets are really competitively priced and if last year is anything to go by the early bird tickets won’t hang around.”

Tickets are available from all Ticketmaster outlets nationwide, www.ticketmaster.ie and www.seasessions.com. Priced from €89.90 for 3 days and €114.90 including 4 nights camping. There’s also limited day tickets available from €49.50 and Surfers Bar upgrades from €50 extra.