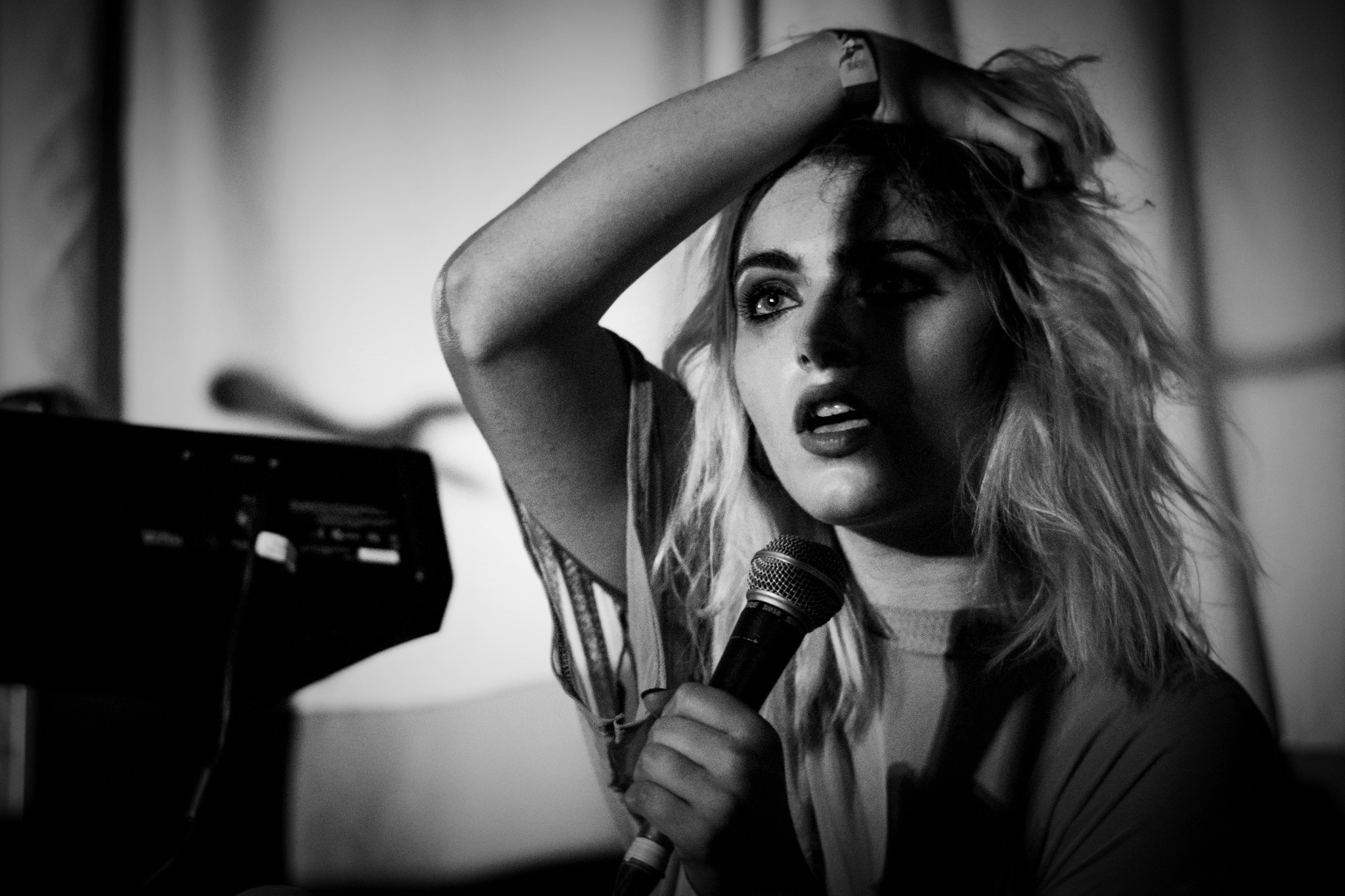 The way in which we experience music has changed, and keeps changing. The D.I.Y/bespoke gig scene that was once on the periphery is now at the forefront and has brought along with it a feeling of great invention and genre cross-pollination. As a music community Ireland has embraced this ethos to its full effect, it was important therefore that Hard Working Class Heroes 2016 shined a light on this new wave.

HWCH has also changed. There was a new look and feel to this year’s festival mirrored in both its line-up and setting. For me, the most gratifying aspect was standing in the large warehouse surrounds of the Chocolate Factory. Caught between two stages, the art-house atmosphere of the venue seemed to me the biggest statement made by the festival in years. With promoters such as Homebeat and artists like Participant (whose E.P. launch took place in his sitting room) providing a new path in which to experience live music, and many gig goers opting for this unique way to do so, it would have been wrong for HWCH 2016 to ignore this in favor of a “mainstream” setting.

With the Chocolate Factory, as well as the myriad of other venues such as Tengu, the Hub, Workman’s Club etc, the organizers gave a true representation of our scene as it exists today, as we and the artists experience it. Showing international industry types (many of whom had come for the convention aspect of HWCH 2016) just how different, unique and forward thinking our music scene is. Whilst also highlighting the importance of maintaining such creative spaces that have become an integral part of it all. This is the new mainstream, this is where our most exciting new acts will be cultivated. HWCH embraced it, and I cannot overstate the importance of this.

But venues don’t make a festival, it’s the line-up that really counts. And despite a blip of two (the inclusion of the Blizzards was a misstep), the line-up itself was brimming with just the kind of invention that HWCH needed to mirror the new look.

From the rapturous reception received by bright new things BARQ, Soulé, Hawk, Rocstrong, Ailbhe Reddy & Talos to the big sound of established acts like R.S.A.G, Rusangano Family, Swords & Wyvern Lingo, and back to promising newly emergent artists like Tara Lee, Jafaris, Yonen & Maria Kelly, HWCH 2016 allowed for this year’s ones to watch have their moment of catharsis while giving next year’s prospects the platform to been seen and heard, not just by our local scene of gig-goers but also industry/record labels both national and international.

The HWCH 2016 line-up also gave rise to the different genres and scenes happening around Ireland. Standing in a packed out crowd at Tengu on Friday night awaiting Soulé, you could feel the sense of musical community growing. One brought forward and into the festival environment by the Word Up Collective who were hosting the night. The same could be said of the packed, hushed crowds that greeted Ailbhe Reddy in the Workman’s Club and Participant in Tengu. Different sounds, different approaches, different music but the same audience and same love of music.

And so it goes, Hard Working Class Heroes has had a breakthrough year and the Irish music scene continues to define itself on its own terms while providing an inclusive enviroment for the global music industry as a whole.

Standing in the scenic creative space of the Chocolate Factory this weekend, the promise and the hope that this is how we present ourselves as community really hit me. Pushed up to the front watching acts like Soulé, Rusangano Family, Ailbhe Reddy, Talos and others gave me pause to think of what we are presenting, while seeing new acts like Tara Lee, Maria Kelly and Jafaris made me think of what we will be presenting. Not bad for three days in Dublin city.

All photos by Stephen White. For the full gallery of Hard Working Class Heroes 2016 click here. For more information on HWCH 2016 visit hwch.net.