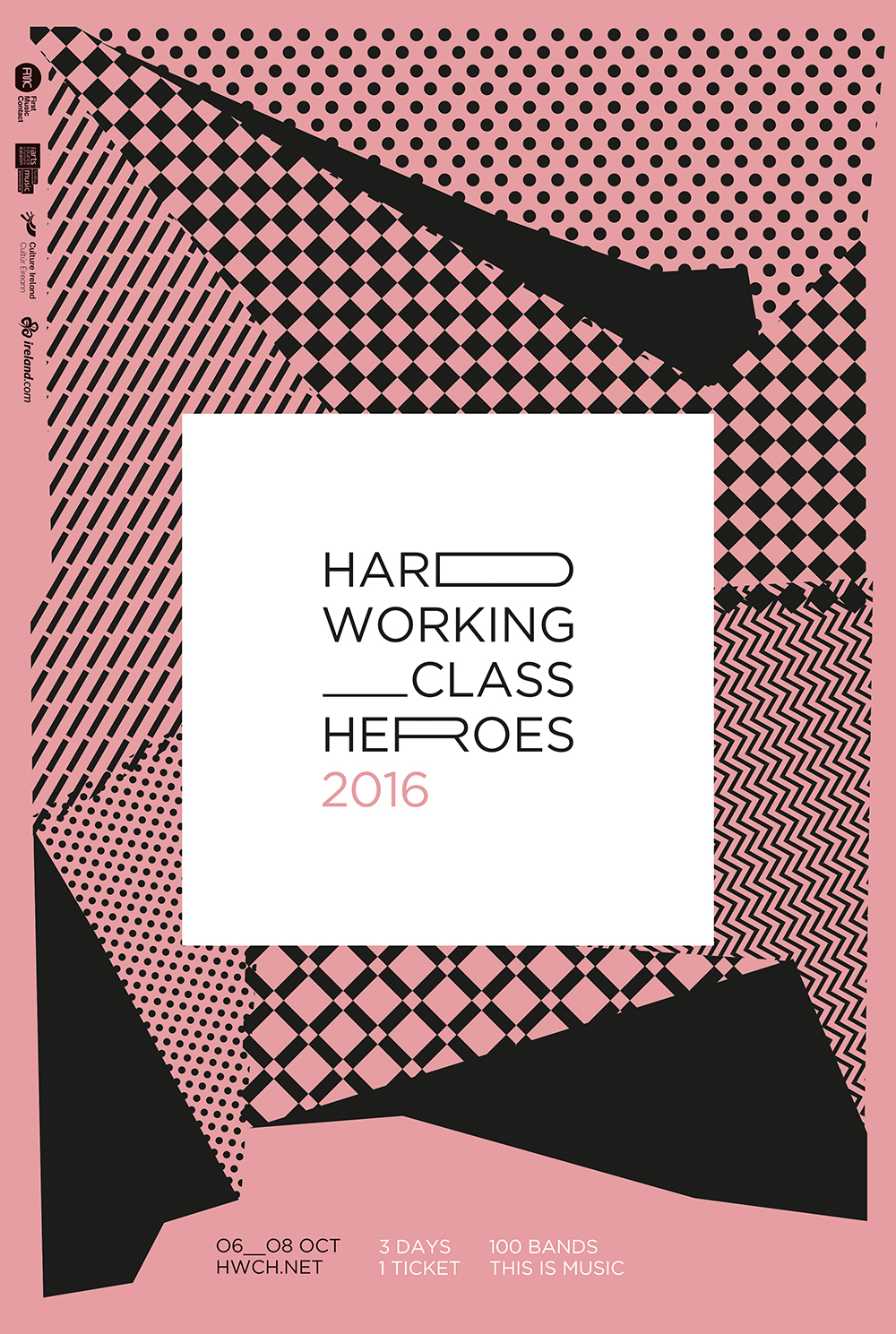 TLMT has delved into the HWCH 2016 line-up to give you its guide to this year’s festival. See below for full run down and timetable.

Loah – Thursday: 11pm (Downstairs)
Ethereal afro-soul artist Loah will play the downstairs stage in Tengu this Thursday night, an exciting new prospect on the scene Loah is the embodiment of “one to watch”.

Soulé – Friday: 8.10pm (Upstairs)
Performing as part of the Word Up Collective line-up at HWCH 2016 on Friday, Soulé debut single ‘Love No More’ was a stand-out track this summer.

Naosie Roo – Friday: 10.20pm (Downstairs)
Alternative-rock artist Naoise Roo will be taking to the stage this Friday at HWCH 2016, the set will be coming as part of her current ‘Whore’ single tour.

Le Bloom – Saturday: 8.50pm (Upstairs)
Underground funk act Le Bloom have long been one of the Irish music scene’s most promising prospects, their set at Hard Working Class Heroes this Saturday will be a must see.

Participant – Saturday: 10.20pm (Downstairs)
Following last year’s bold stylistic set from Participant at HWCH, it’ll be interesting to see what he brings to the table at this year’s festival

Erica Cody – Thursday: 10pm (Stage 1)
One of the more gratifying aspects of festivals like Hard Working Class Heroes is the chance to see new up and coming artists being given a chance to be seen, Erica Cody is one such artist.

Ele – Friday: 9pm (Stage 1)
Another one of the exciting new acts performing at the Chocolate Factory this weekend, Ele will play Friday at Hard Working Class Heroes 2016.

Rocstrong – Friday: 9.30pm (Stage 2)
It’s been one hell of a summer for Rocstrong, several stand-out festival slots including a headliner on the Canalaphonic main stage will mean the R&B artist will be more than ready for HWCH 2016.

Tara Lee – Friday: 10pm (Stage 1)
Alternative electronic songwriter Tara Lee is yet another example of this year’s HWCH line-up giving a chance to some of the country’s brightest new acts.

Rusangano Family – Saturday: 9.30pm (Stage 2)
After releasing one of the best Irish album of the decade (their debut Let the Dead Bury The Dead), Rusangano Family will be making a triumpant return to Hard Working Class Heroes.

Hawk – Thursday: 9.10pm
Indie-rock four-piece Hawk play the Workman’s Club stage for HWCH 2016 this Thursday night, the set comes in the middle of a run of Irish & UK dates for the band.

Ailbhe Reddy – Thursday: 9.50pm
What a difference a year makes, Ailbhe Reddy returns to Hard Working Class Heroes as one the songwriters of the moment. Catch her this Thursday at 9.50pm.

Half of Me – Friday: 8.30pm
Half of Me finally found the same level of ferocity found in their live sets with the single ‘Blastoice’ this year. Their show on Friday will be a must.

Galants – Saturday: 8.20pm
Thie week’s pick for the Mixed-Tape with ‘Evergreen’. Check them out.

Elm – Saturday: 9.40pm
Elm have quickly established themselves as an integral part of the Irish alternative-pop scene this year with several stand-out singles and performances. How the group use HWCH 2016 as a platform will be interesting to see.

Slow Riot – Friday: 8.10pm
Limerick’s Slow Riot will be heading up the Irish post-punk contingent at this year’s HWCH 2016. TLMT will be there.

Oh Boland – Saturday: 7.30pm
Few bands have seen such a surge in momentum as Oh Boland have. Their new album Spilt Milk has just come out and the band are home from an extensive tour of the U.S.

Wolff – Saturday: 8.50pm
A very impressive set at Canalaphonic 2016 last weekend compelled me to include Wolff on this year’s guide.

Bitch Falcon – Saturday: 9.30pm
There aren’t many bands as loud and uncompromising as Bitch Falcon, the trio’s set in the Hub on Saturday could very well be a HWCH 2016 highlight.

Alana Henderson – Thursday: 9.10pm
Very promising baroque-pop artist Alana Henderson’s gig on Thursday will be a must see for TLMT.

Swords – Saturday: 8.30pm
Swords eagerly awaited sophomore album Tidal Waves is just over the horizon, the band have already made their return felt with the singles ‘Betty Machete’ and ‘the Letter’.

Maria Kelly – Saturday: 9.10pm
Maria Kelly is incredibly early into her career, and already incredibly accomplished. Hard Working Class Heroes is made for artists like Kelly.

Rosie Carney – Saturday: 10pm
Closing with another new artist, Rosie Carney’s inclusion on the HWCH 2016 is indicative of the festivals ability to introduce new acts to the scene.