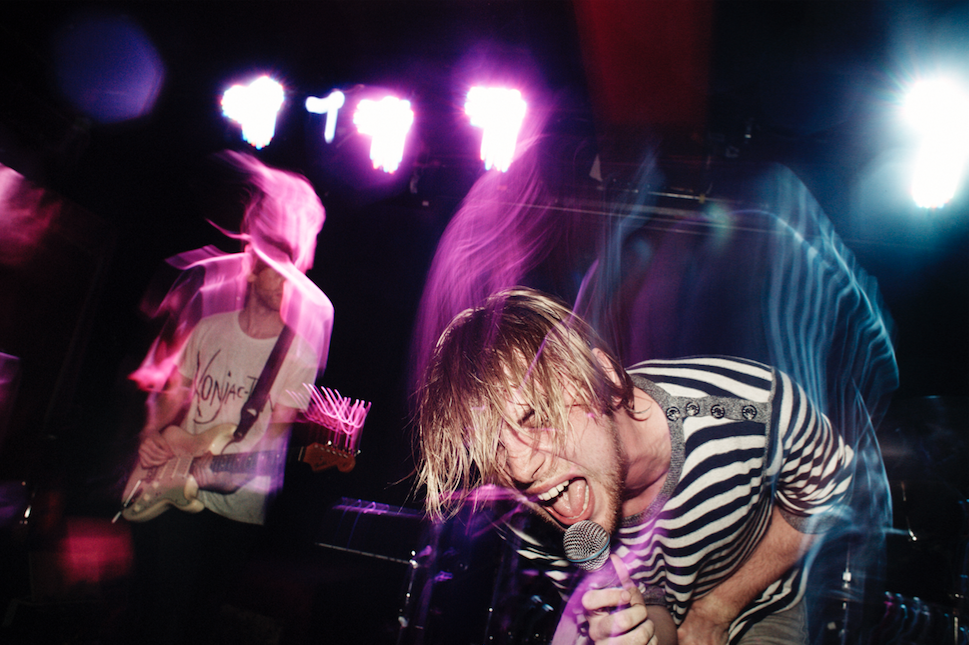 Noise-rock merchants Girl Band have returned with a brand new music video for the single ‘In Plastic’.

With the slow ominous drawl of ‘In Plastic’, it’s only fitting that long time visual collaborator Bob Gallagher deliver something equally as quietly unsettling as the song itself.

Working as a blend of Kafka meet Orwell, the video plays with the tension of totalitarianism and the uneasy and paranoia the sets in. And although the video mainly centres around a slow-moving que how Gallagher and his team, light, perform and shoot the sequence is key to defining the off-kilter tautness of the scene and the music.

Click below to watch the music video for ‘In Plastic’ by Girl Band. The song’s parent album ‘Holding Hands With Jamie‘ is out now.