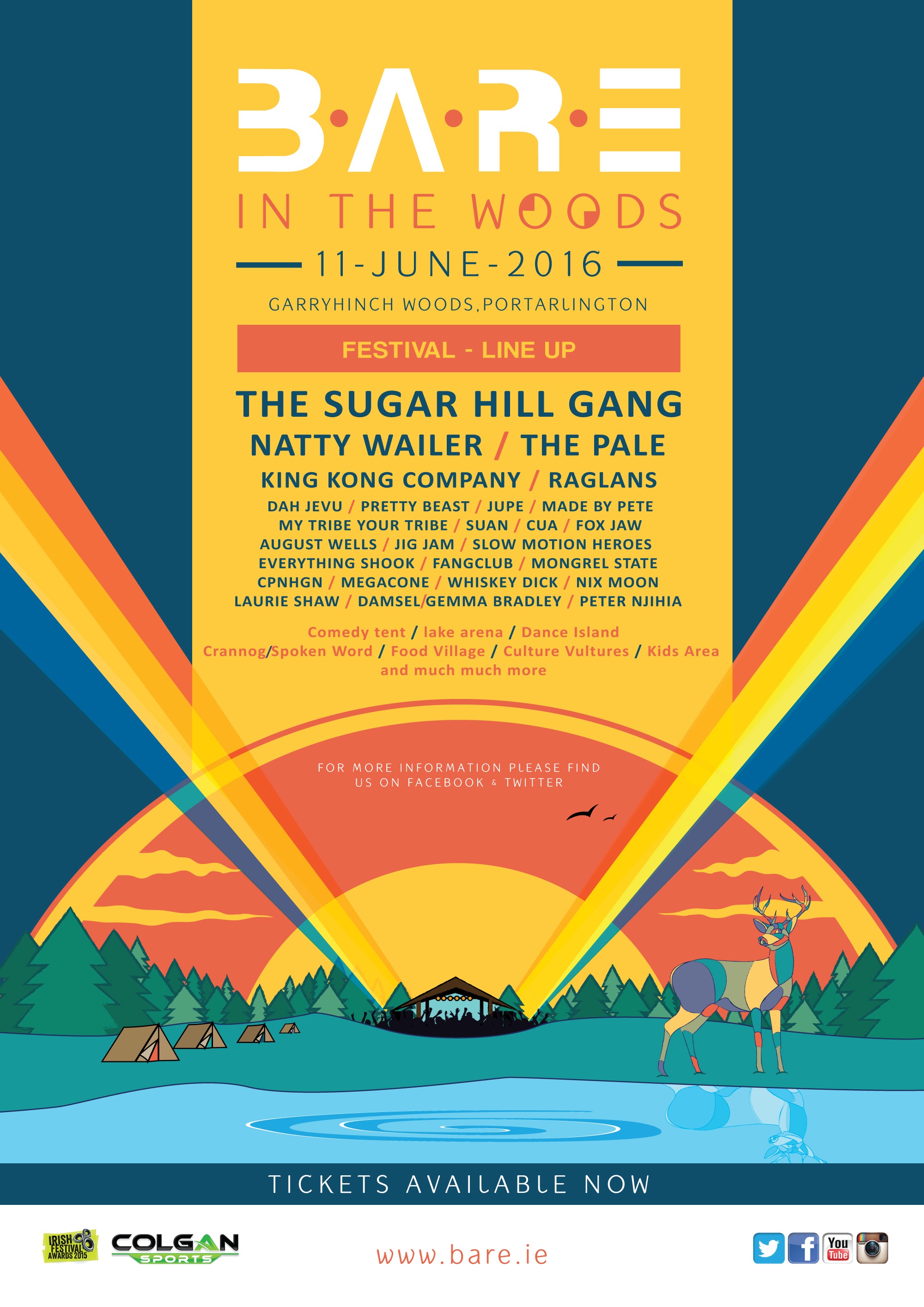 BARE in the Woods have added several new acts to their 2016 line-up including Raglans and Mongrel State.

BARE in the Woods is located only 50 minutes from Dublin and is accessible via motorway networks to all major Irish cities in under two hours. The site is located close to Portarlington railway station and serviced by Dublin Coach, with a 24-hour service to Dublin, Limerick and Cork.