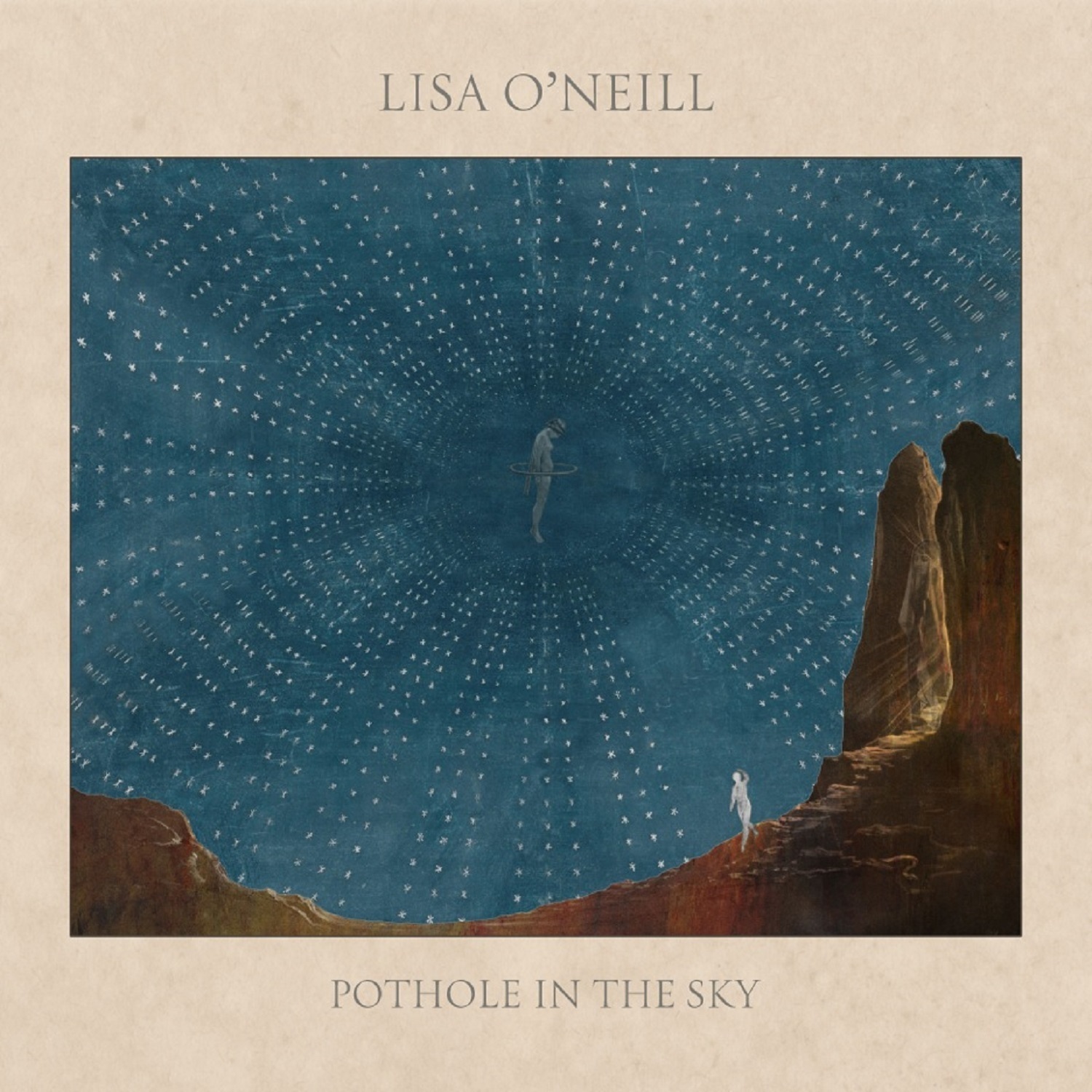 Pothole In The Sky is an album about the deliver and meaning behind how lyrics are conveyed. It’s storytelling through song in its purest form. Lisa O’Neill’s latest record once again gives us an insight into the unique emotional perspective of a songwriter who is one of a kind, all of which rest on her instantly recognizable vocal.

With the production of the album rightfully taking a back seat to unbridled performance, Pothole In The Sky is the type of record that occupies its own particular landscape, dominated by O’Neill’s words.

“I can only draw from what enters my eyes” sighs O’Neill during ‘Pothole in the Sky’, and this is an essential distinction. Because it’s how she perceives these moments and stories, and how she reinterprets them that makes Lisa O’Neill such an individual voice on the Irish music scene, and why you want to sit down and hear things from her point of view.

Pothole In The Sky takes in the tradition of the story leading the music. ‘Black Sheep’ is one such song. A seemingly clichéd metaphor is given new life by O’Neill’s choice of words and how she performs them, taking us on a journey of internal and external exploration, leading to the scratching musical backdrop that contorts behind each emotionally wrapped line.

There’s a deep sense of melancholia about Pothole In The Sky, not just in the words (‘The Hunt’) but also in the music (‘Nasty’), but the record doesn’t rest in it. Somehow, both O’Neill and the music find brief flourishes of beauty amogst the darkness, making those moments shine all the brighter.

Lisa O’Neill is an instantly recogizable voice. Potholes In The Sky is an expression of that. While the album does drawn from familiar music themses (love, loss, sorrow) and genres (folk, trad) O’Neill reimagines them, and through her own filter gives us a brief yet intimate portrairt of her world as she sees it, and that is something to be cherished.

Potholes in the Sky  by Lisa O’Neill is out now.