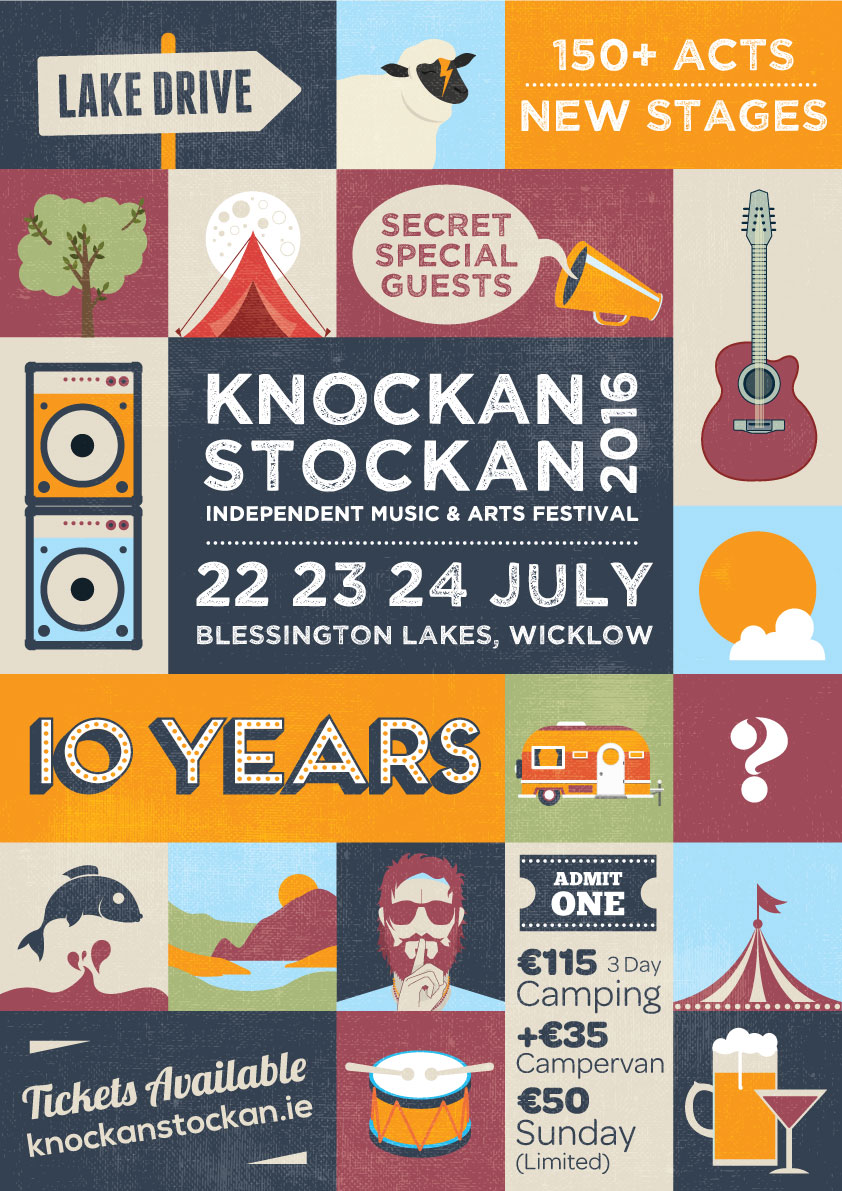 With this summer’s Knockanstockan 2016 music festival rapidly approaching the organizers have promised a special line-up to mark their 10th anniversary.

Now in it’s 10 consecutive year, Knockanstockan 2016 will celebrate a decade of the very best in Irish music with a new THREE DAY festival and a line-up that will feature not only emerging acts but also a few “well known mavericks” as honorary guests.

“We really want the element of a birthday surprise at this years festival, so our lineup is under lock and key right now, even most of the crew don’t know who is playing! You will have to be there to witness history” states Bettine McMahon, one of the bookers for the festival.

Festival Early Bird Tickets sold out in one day. Weekend Camping Tickets are priced at €115 while Sunday Day tickets and Campervans are a steal at only €50.
Tickets
http://knockanstockan.ie/tickets/

As always KnockanStockan has an open call for musicians, performance artists and creative concepts to submit their applications here: