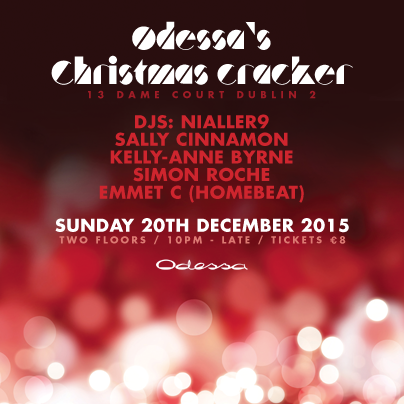 With only weeks to go until the holidays are upon us Odessa Club have announced the line-up for their Xmas party next month.

Taking place on Sunday, December 20th at the Dublin venue the Christmas themed event will take over 2 floors with festive fun and dancing throughout the night.

Tickets to Odessa Christmas Bash on Sunday, December 20th are priced at €8  from tickets.ie. Doors are at 10pm.