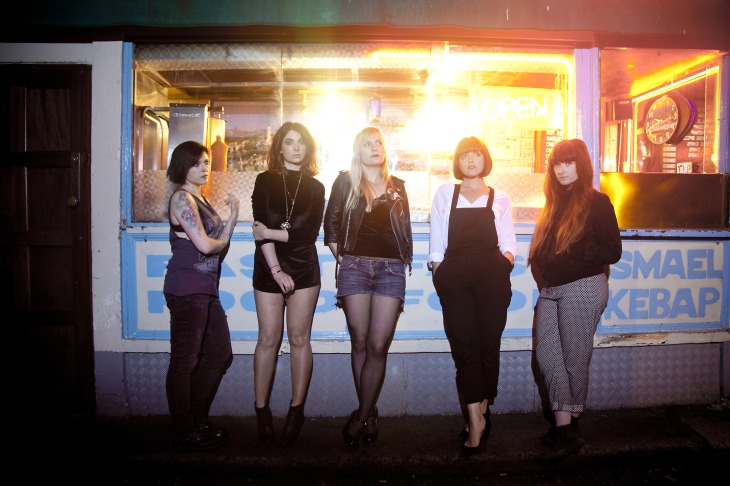 Firm favorites here are at the Last Mixed Tape, September Girls have had a busy past year or so releasing their brilliant debut album Cursing the Sea and the sound defining E.P. Veneer. The group have also announced writing and recording on their second full-length record is underway.

A group always more than capable of matching the noise-pop turbulence of their studio worK (the bad were TLMT’s pick for the Blog Party showcase last February), September Girls forthcoming Brewery Corner show will be sure to be yet another compelling performance from the five-piece.

Tickets for September Girls show are €7 and are available to buy now from Brewery Corner and Rollercoaster Records, Kieran Street, Kilkenny. Support on the night comes from Grum Gallagher (Duende Dogs, Jerry Fish).

Click below to watch the music video for ‘Veneer’, the title-track of September Girls recent extended play released last year.