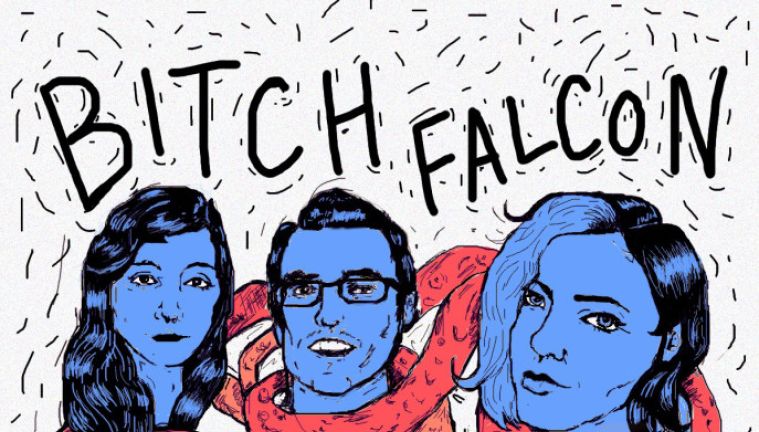 Post-grunge three-piece Bitch Falcon return to Asylum studios to film a live rendition of their latest single ‘TMJ’ for the Press Record series.

Returning with the far sleeker sound of ‘TMJ’ in comparison to their previous single ‘Breed’, Bitch Falcon’s latest offering is as bone-rattling and riff filled as we come to expect from the Dublin band.

Performing the track live for Press Record, you can instantly see why Bitch Falcon have made such an impact on the Irish live music scene, as the group’s powerful dynamic sound jolts with mix of grunge and metal to create something unique and attention grabbing.

Click below to watch Bitch Falcon perform their new single ‘TMJ’ live for Press Record TV. The song itself is out now via bandcamp.