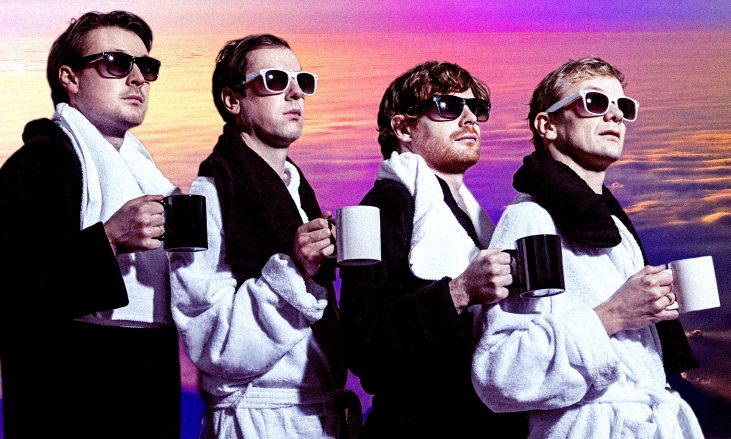 Electronic-rock act Django Django have announced an upcoming show in Vicar Street this December as part of their European tour.

The London based outfit will play the Dublin venue on Tuesday, December 1st. The band are currently touring their eagerly awaited sophomore album Born Under Saturn, which was released earlier this summer.

Django Django’s second studio L.P. was released to critical acclaim. Speaking about the making of the record, band member David Maclean states:“We built up momentum more than expectation,” says Dave. “We were keen to get back to making music. Going from a lo-fi bedroom record, sitting in your flat in your pjyamas, to playing to huge crowds, you learn a lot.”

Tickets to see Django Django live in Vicar Street on Tuesday, December 1st are priced at €22.50 (including booking fee) and are on sale now via ticketmaster.ie and usual outlets. Doors are at 7.30pm.

Click below to watch the music video for ‘Shake and Tremble’, taken from Django Django’s current album Born Under Saturn.