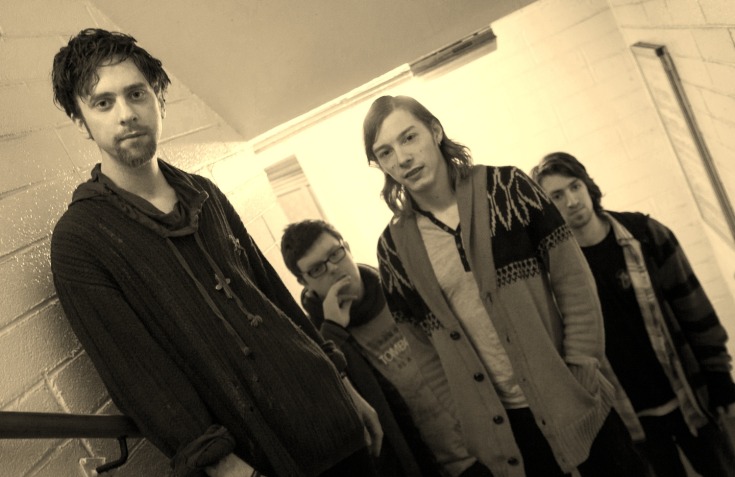 The Cork based group are currently working on their debut album and have been recently working with Dandy Warhols frontman Courtney Taylor-Taylor on their forthcoming single releases ‘Milk with Tea’ & ‘Mother’.

In the meantime the Vincent(s) have unveiled ‘Opium Den Song’ as jumping dynamically jolting track that captures the ferocious hypnotic sound that has made many sit up and take notice of the four-piece during their attention grabbing live shows.

With this brief glimpse into how the band are progressing in the build up their first album, it’s compelling to hear that nothing has been lost in translation between the stage and the studio.

The Vincent(s) (who recently opened for Billy Idol at the Marque in Cork) will play a string of live shows this summer, including appearances at the Indiependence and Valentia Isle Festival.

Click below to listen to the Vincent(s) brand new track ‘Opium Den Song’.