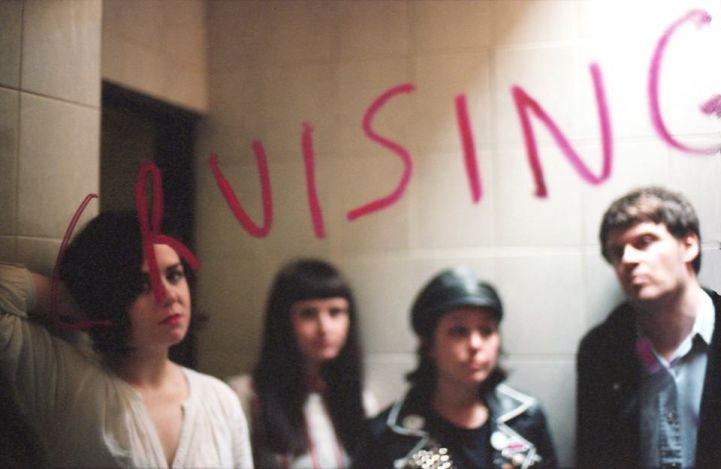 Garage-rock outfit Cruising have unveIled ‘Safe Corridor’, the first single to be taken from the band’s forthcoming self-titled E.P.

Following on from the lo-fi grit and grime of the group’s debut single ‘You Made Me Do That’ (reviewed by TLMT here), ‘Safe Corridor’ finds Cruising in more self-assured abrasive territory.

That’s not to say the band have lost any of the feral garage inflected characteristics that made their previous work so engaging. The growl and upfront attitude is still there, but it now seems to be more directed towards something. On ‘Safe Corridor’ it sounds like Cruising have something to say.

The song’s self-titled parent E.P. is due for release on August 14th via Tough Love Records as a digital download and as a limited edition 12″ record (100 of which will be in hot pink vinyl). You can pre-order Cruising E.P. 12″ here.