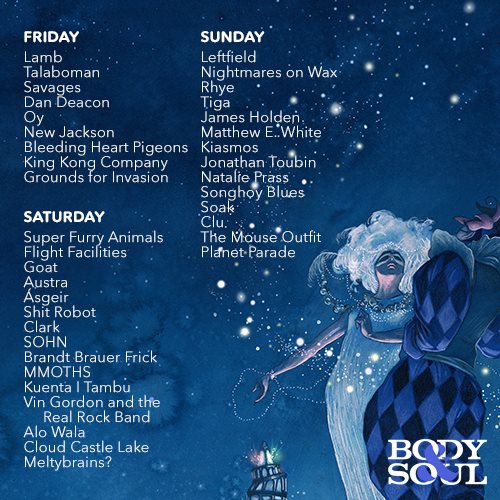 With less than two weeks to go the day to day breakdown for  this year’s Body & Soul music & arts festival has been announced.

With Body & Soul 2015 just over the horizon the daily breakdown of artists set to perform at Ballinlough Castle this June 19th – 21st has been unveiled, with the full running order/timetable to be confirmed soon. See below for breakdown.

Body & Soul 2015 will take place at Ballinlough Castle, County Meath from Friday June 19th to Sunday 21st. Tickets for the festival are on sale now via ticketmaster.ie. See below to see the full line-up so far.