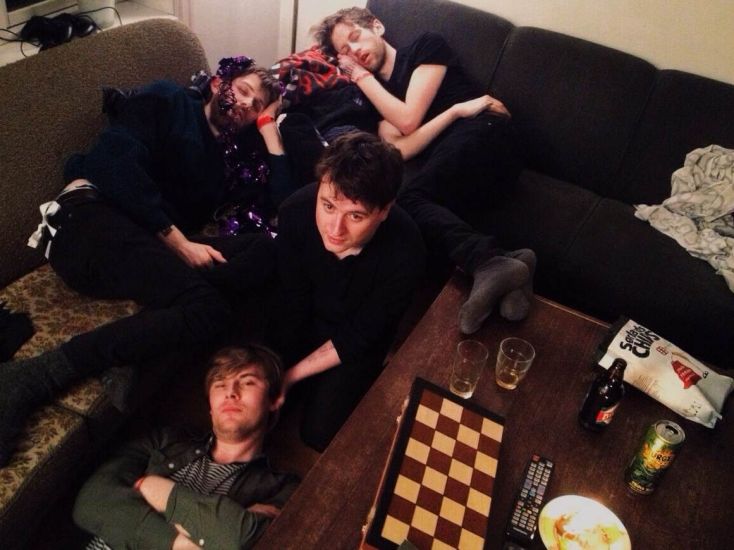 Quite possibly the most promising and exciting acts to have emerged from Ireland’s already creatively vibrant music scene, Girl Band are currently gearing up to release their much-anticipated debut album via Rough Trade records later this year.

Capturing the imagination with songs such as ‘Lawman’ and ‘De Bom Bom’, Girl Band have also become synonymous with visceral engaging and loud live shows that become must-see events in their own right. With the coupling of both their new album’s release and forthcoming tour, 2015 could very much be a landmark year for the group.

Tickets to see Girl Band at the Button Factory on November 7th are priced €16 (incl booking) and will go on sale Friday May 22nd at 10am from www.ticketmaster.ie & Ticketmaster outlets nationwide.

Click below to watch the teaser trailer for Girl Band’s forthcoming debut album.