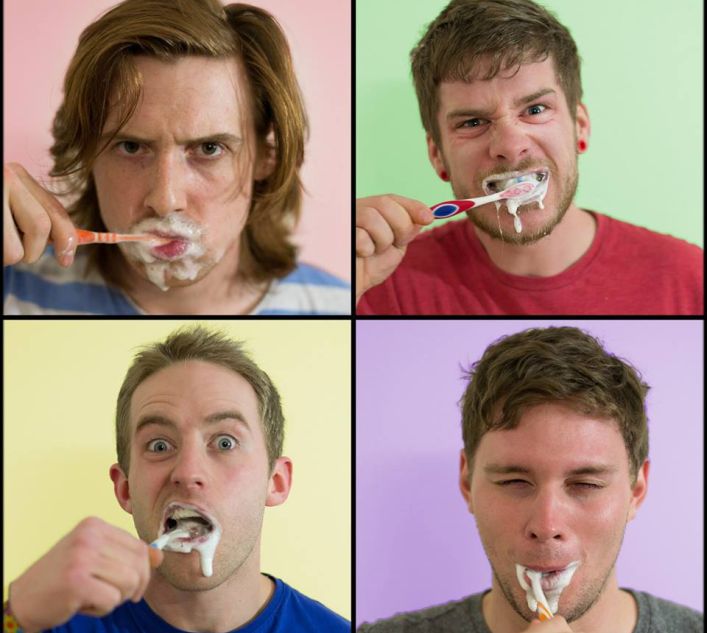 Race the Flux will celebrate the release of their brand new E.P. Olympians with a show at the Workman’s Club in Dublin on Friday, May 8th. The band spoke to TLMT ahead of the show about their latest record and changing sound.

How does your new E.P. Olympians differ from Race the Flux previous output?

There are a good few differences, the production is better and i think it’s a much more fair representation of our music taste. Also the turn around for this record was alot quicker. Because of financial difficulties it took us the guts of 3 years to record and release Dutch Buffalo. Olympians was finished in a blink of an eye in comparison. We knew what we wanted and we went and got it.

Has the way the group write music together changed since Dutch Buffalo?

It has indeed. With dutch buffalo we would jam for hours in our industrial sized fridge, record it, then painstakingly comb through the footage to find parts we thought were cool. With Olympians we brought in riffs, progressions and in some cases entire songs ready to go. It was just a case of individual members smearing their own flavor over it, like some kind of delicious bagel. It was a much more organized affair.

What were you listening to, or what influenced your music whilst making Olympians?

We all had our own bands we were listening to at the time. I know Alt-j, ASIWYFA, Bearcubbin’,badbadnotgood & Vulfpeck were in there a good bit. It wasn’t a conscious thing to draw influence from any one place though. It was more of a natural progression of being exposed to new music and educating ourselves on what made it appealing to us, finding what made us tingle.

Do you see the E.P. as stepping stone to your next album, or as a single piece on it’s own?

I think Olympians is a stand alone piece. We have definitely broadened our style while making the EP, but we would be fools to think that in a years time our tastes wouldn’t change again. Who knows what the next record will sound like. That’s the exciting thing. Post-industrial-Siberian-polka-glam-grime anyone?

You’ll be playing the Workman’s Club soon. How has Race the Flux’s live show evolved with the making of Olympians?

We are indeed, we are playing with some great bands and good friends. For the Workman’s show we are playing with Val Nomal and Oak Hollow, so we really can’t wait for that show. It’s gonna be loud and dirty. For the shows, we have taken some time to make it more immersive, but it’s still a Race the Flux show, loud and energetic with odd funny bits.

What are Race the Flux’s plans for the future?

We are planning to hit Europe and the UK next, then back into the studio for another EP. Maybe a single or two in-between. We’re very excited at the thought of what’s to come, both for the music and also for the continued time we get to spend working with each other. We are very much a family.

Tickets to see Race the Flux live at the Workman’s Club on May 8th are priced at €7. Doors are at 8pm, support from Val Normal and Oak Hollow.