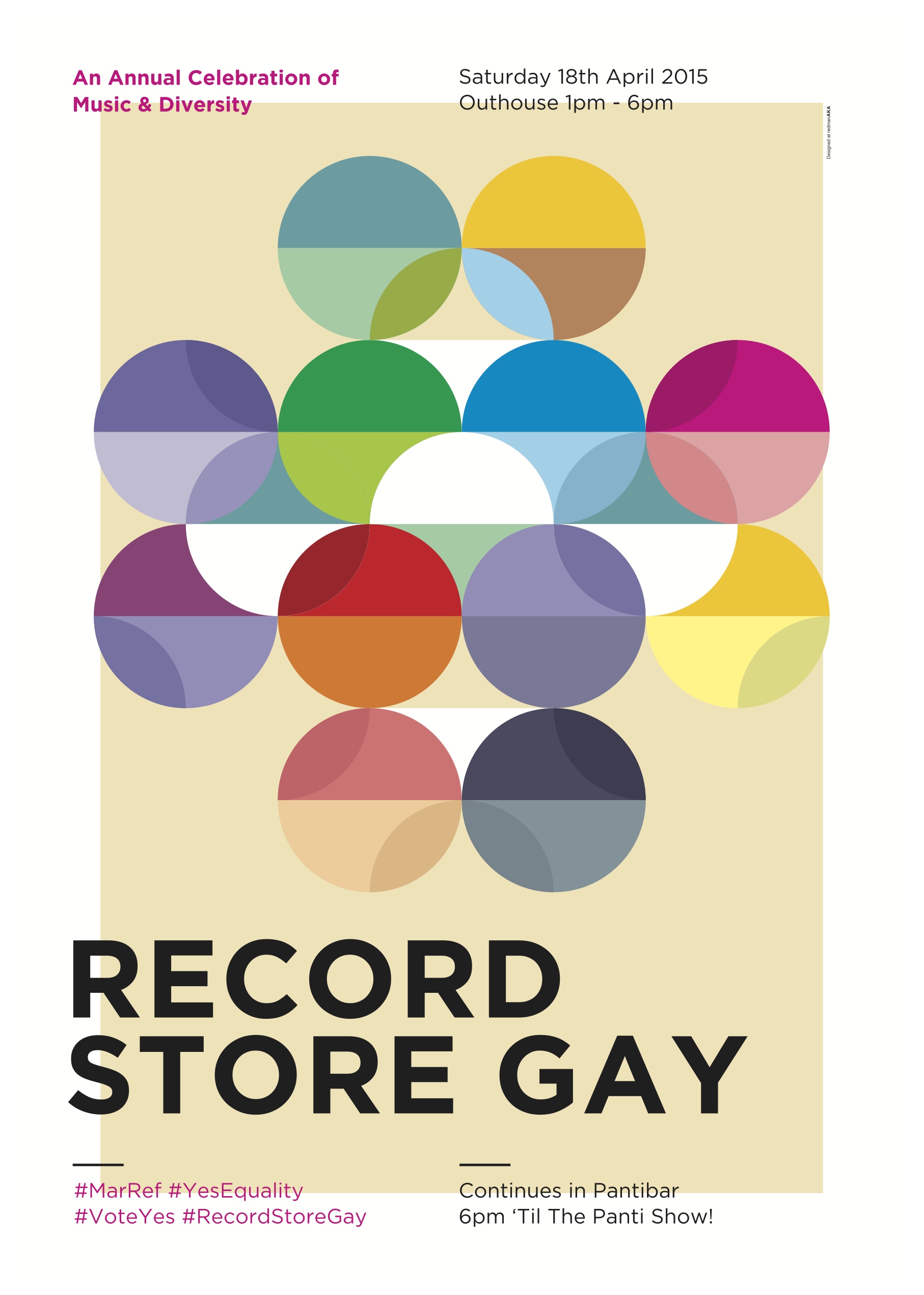 All of the acts above will also be performing live as part of Record Store Day 2015’s day long festivities taking place at the OUTHOUSE on Capel Street from 1pm – 6pm then at PantiBar from 6pm – 10.30pm. See poster below for more details.

Outhouse is Dublin’s LGBT Community Centre. In 2014 38,000 people visited Outhouse. Outhouse is very often the first point of contact for people into the LGBT world and also the place in which lots of groups and organisations have established themselves. Visit outhouse.ie.