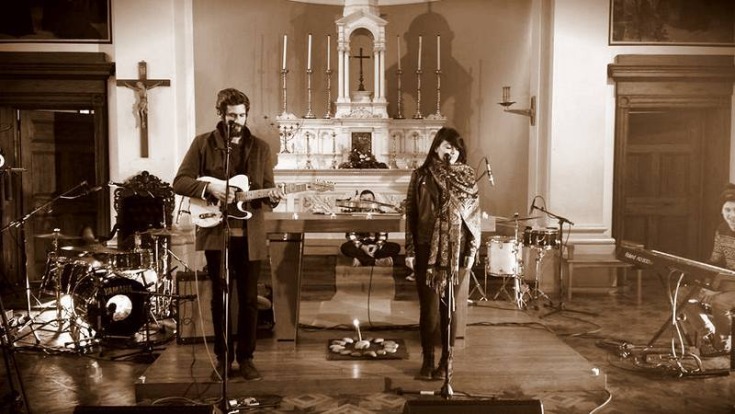 Waterford based alternative-folk band In The Willows have released a live music video of the group performing ‘Time Of Year’.

Filmed live at De La Salle Chapel in Waterford and directed Colin Shanahan, the performance of ‘Time Of Year’ is a perfect encapsulation of In The Willows own unique sound and style.

Calmly set and using the space both in terms of sound and visuals, In The Willows new live video capture, and brings to life, the intertwined musicianship and deftly performed vocals that made ‘Time Of Year’ a stand-out track in the group’s recent debut album Before Everyone Disappears (read TLMT’s review of the record here).

Click above to watch In The Willows play ‘Time Of Year’ live in De La Salle Chapel in Waterford. The song’s parent album Before Everybody Disappears is out now.