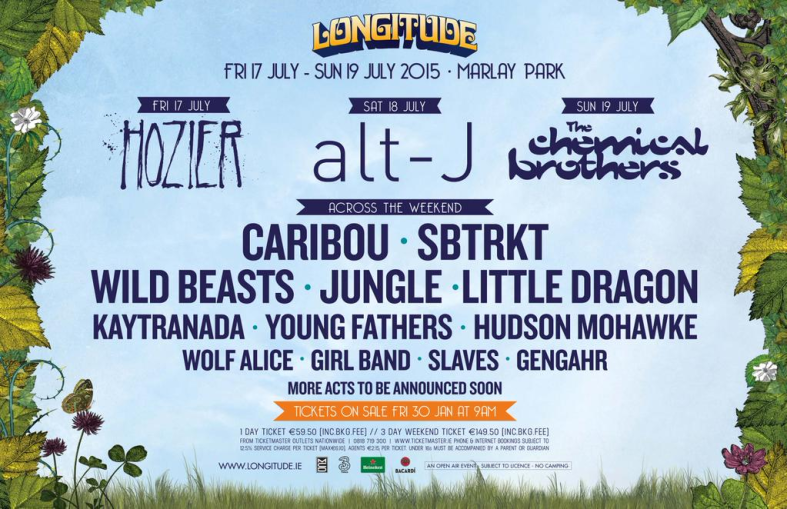 The first batch of artist to play this summer’s Longitude 2015 music festival has been announced today, including headline acts Hozier, Alt-J & the Chemical Brothers.

Longitude 2015 will return to Marlay Park this July (17th – 19th) and is already beginning to take shape with today’s announcement of acts set to perform at the annual festival.