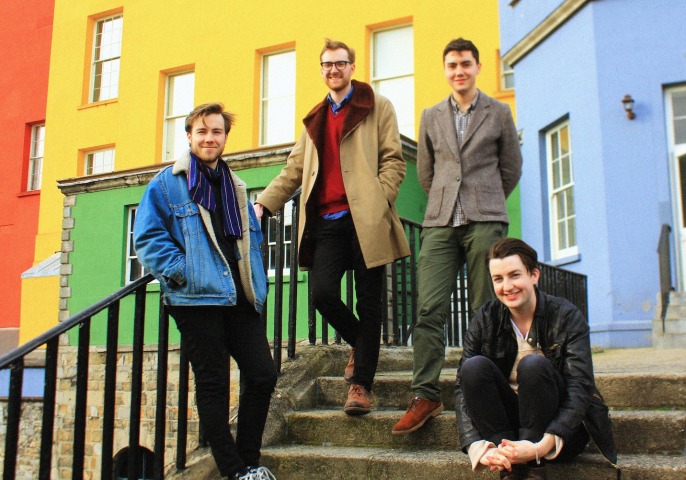 Finding the Dublin four-piece in crisis, the video for ‘Freelies’ follows Jet Setter as they audition for new guitarist to join the band.

Running the gamut, the auditions include potential band members performing air-guitar, leg guitar and just rolling around on the floor in a bid to impress the rest of the group.

A fun, D.I.Y production the video for ‘Freelies’ is self-deprecating and wry, and fits the thrashing indie-pop infused sound of Jet Setter’s latest track perfectly.

As melodically weaving and rhythmically urgent as you’d come to expect from Jet Setter’s vibrant take on the garage/indie-pop genre ‘Freelies’ is further proof of the band’s growing sound, which led to the group being included in TLMT’s recent 20 Emerging Acts for 2015 list.

Click above to watch music video for ‘Freelies’ by Jet Setter.