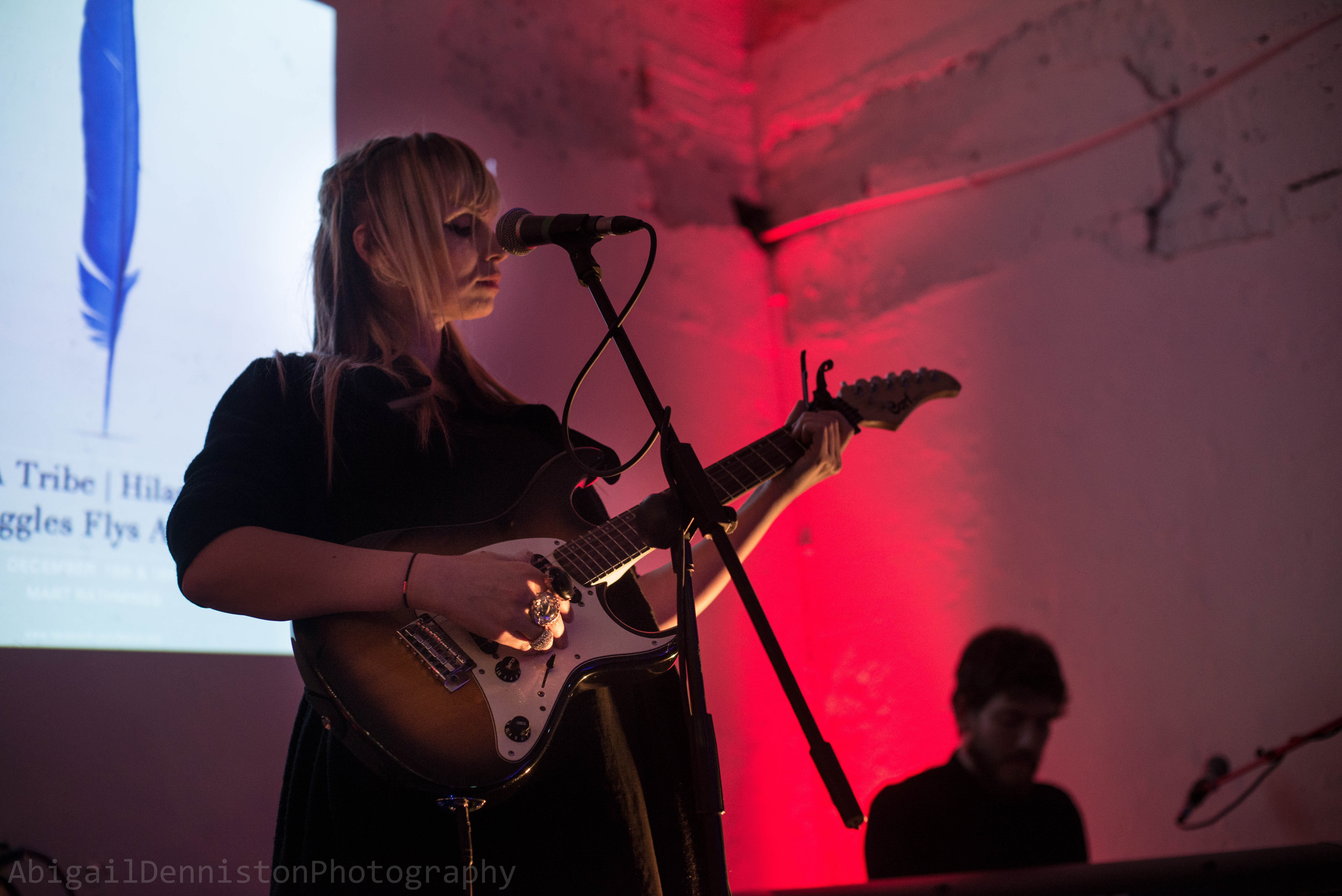 I Have A Tribe, Hilary Woods and Biggles Flys Again all performed at MART gallery in Rathmines last week for a night of brilliantly crafted live sets in a unique space.

Imbued with Homebeat’s distinct, D.I.Y take on live music event’s, last Thursday’s show (the second of two that week) provided a warm, welcoming, Xmas tinged atmosphere for both the audience and the musicians.

Opening proceedings with a set of well structured and performed musicianship, Biggles Flys Again proved to be the perfect introduction to a night filled with singular styles and surrounded in a pin drop, attentive ambience.

Following Biggles’ stellar set came Hilary Woods. As enchanting and engrossing as ever, Woods and band translated the pulsing rhythms and hushed, crafted sound of the artist’s recent E.P. Night.

Through captivating renditions of ‘Flames’ and ‘Secret Sabbath’, Woods once again defined herself as one of the country’s most unique and tonally defined songwriters.

Bringing the night to a close, I Have A Tribe weaved his deeply personal and evocative sound around the intimate Rathmines locale. With the crowd already spellbound by the previous performances of Woods and Biggles Flys Again, the scene was set for a breath-taking show from the songwriter and his band.

Moving from the syncopated glisten of ‘Yellow Raincoats’, to the soft repose of ‘Lungs’ (accompanied by May Kay), to the triumphant all-encompassing motion of ‘Monsoon’ I Have A Tribe showcased exactly what is so affecting about the artist in a live context.

With the close-quarters intimacy of MART gallery in Rathmines, Homebeat’s unique slant on live events and a perfectly cast line-up of acts, last Thursday’s show was a microcosm of the growing creativity that dominated the Irish music scene in 2014, not only in terms of new and exciting artists but also in terms of how audiences are experiencing live music.

With event organizers like Homebeat and the palpable individuality of songwriters like I Have A Tribe, Hilary Woods and Biggles Flys Again it becomes more clear that the new D.I.Y aesthetic is starting to take hold and evolve, resulting in stand-out event’s such as last Thursday night’s show.

In 2015 it is up to the Irish music scene to fully support and highlight this growth, and its importance culturally. For it is event’s and music like these that make our arts community so creatively vibrant and vital.

All photos by Abigail Denniston. To see more images from this show click here.