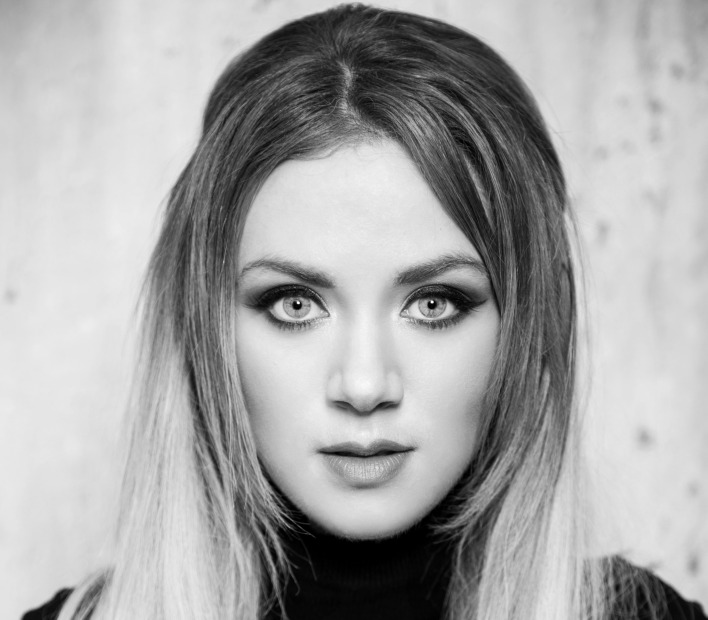 Singer-songwriter Ciara Donnelly (a.k.a Yellowbridge) is currently working on her new E.P. as well a running a Fund:it campaign to raise money to make the record. Ciara recently spoke to TLMT about her plans for the extended play and how the production is taking shape.

You are currently working on your new E.P. In your fund:it video you say “it’s time to either go big or go home” and the support will allow you to “make the record you always wanted to make”. What is it you want to convey with this record?

I suppose with the last EP it was made up of songs written in many different scenarios with many different producers, and of course I was much younger! I feel I have written songs that reflect exactly what I want to portray musically and are very relevant to myself musically and personally as they are very fresh. In a way it’s going back to basics in terms of its methodology. I wrote most of it the last few months and now with just one producer it will be a full reflection of a more mature sound.

E.P’s can often be a way to introduce an artist or highlight a transition of songwriting stylistically. How do you see your E.P. in terms of this?

My first E.P was a mish-mash of styles that I was experimenting with, and a fantastic ‘toe dipping’ experiment into the music scene. I think a lot of singer-songwriters do this. It’s a way of finding out if you can actually make something you can hold in your hands and to see how the public reacts to the sounds coming out of your mouth! This record is much more concentrated and not so much an introduction as a songwriter but yes an introduction into a more defined style, no more toe dipping…swimming…hopefully!

As you prepare to record the E.P. What do you find yourself gravitating towards in terms of songwriting?

For me the themes float around yes the usual relationships we all experience but in a more metaphorical and sometimes satirical way. Really its been the inclusion of a lot of brass that has brought about a bit more drama and a reversion to the old-school in terms of songwriting and how to express themes and ideas…brass has so much personality that to be direct lyrically, which I do enjoy, feels a bit unfair to it!

You perform under the name Yellowbridge instead of Ciara Donnelly. Does using this name allow for a more collaborative edge/feel to your songwriting? Will this be something we see in your upcoming E.P?

I started as a songwriter collaborating with one producer so a pseudonym made sense at the time After that I began mainly writing solo but still collaborating with musicians, rappers and Dj’s, and the name just kind of stuck with me. This E.P. will be produced by Rocky O’Reilly who I collaborated with on a Rap/Punk Tour in the U.K with his own collaborative project Malibu Shark Attack. Working with many rappers and RnB artists has definitely helped shape the E.P. and opened my eyes to both old school soul as well as vocal and lyrical delivery.

How helpful do you believe these emerging crowd sourcing campaign are for independent artists such as yourself?

I think some people still don’t understand them – I know this first hand from my own aunts, cousins etc! I was a little apprehensive about the whole thing – it has caused sleepless nights, but look if you believe in a project then go for it. It is tough to turn around after coming off a TV show and plugging away for a while and then doing a crowd fundit, but then you think everyone who pledges gets the record for free and more. It is a chicken and egg situation for many independent artists who make original music. You can’t get paid well for a lot of shows, and the shows you can you need a great record to get to that level and to promote yourself..but you need the funds to do that first..and so yes in conclusion I think Fundits are such a positive thing.

What sort of rewards are you offering as part of your Fund:it campaign?

Free E.P.’s, free Live shows for a year, private shows in your local and more!

Click below to watch Yellowbridge perform a stripped back version of ‘Time’. Find out more about Yellowbridge’s E.P. a Fund:it campaign here.