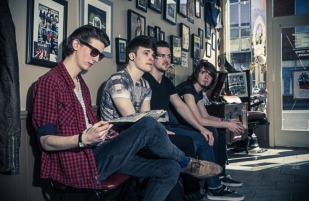 With 2014 coming to a close and the holiday season upon us the Last Mixed Tape counts down it’s Top 20 E.P’s of the year, from a creatively vibrant 12 months that provided a host of exciting and inventive extended plays.

19. Sissy – Sissy
Uncompromising and exhilarating in its feral garage-rock sound, Sissy’s debut E.P. works as an irrepressibly individual take on the genre and establishes the three-piece as an exciting new prospect going into 2015.

17. Geppetto – Et Cetera
Ambitious in its scale and concept, Geppetto’s second E.P. finds the group exploring a more focused cinematic sound that captures the imagination with an effective blend of indietronica and post-rock characteristics.

16. Wyvern Lingo – The Widow Knows
Everything about the Widow Knows is carefully and intricately structured. Finding its core in the group’s indie-folk inflected harmonies and atmospheric music, Wyvern Lingo’s debut is as enchanting and cohesive a record that you are likely to find. 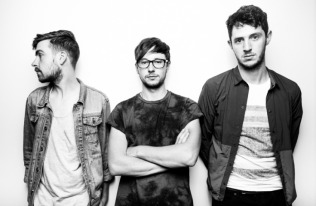 15. Travis Oaks – Travis Oaks
A genre record in the best sense of the term. Travis Oaks’ blues-rock fueled debut is an aggressive attention grabbing first outing from a group with a real sense of their influences and sound.

14. Dear Desert – Gift Above
Dear Desert’s debut Gift Above is an affecting E.P. centered around persistent rhythm and lush electronic tinged sound design. Resulting in a strong and singular introduction to the band.

13. Cove – Vespers
Indietronica trio Cove fully find their feet on their sophomore E.P. Vespers. Cohesive and stylised, the three-piece provide a clear indication of their future promise in a record brimming with confidence.

11. Death In The Sickroom – Brick to the Face
A sublime piece of jangling indie-pop, Death in the Sickroom merge pin-point pop with vibrant indie to create a sound that calls to mind the early, raw energy of the Smiths. 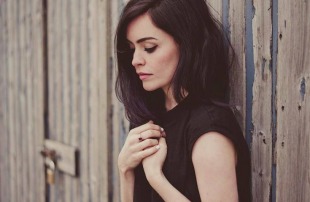 8. Blooms – If
An E.P. with a defined sense of place and time, Blooms’ debut is a highly stylised release pulled into focus by the artist’s captivating vocal and lush electronic production.

7. Gangs – Back To School
Impactful, urgent and propelled forward by Gangs’ unrelenting indie-rock sound, Back To School was one of 2014’s most grounded, upfront records.

5. Hilary Woods – Night
Driven forward by an irrepressible rhythmical nature and centred around Hilary Woods’ captivating performance, Night is a beautifully set affirmation of the songwriter’s enchanting music. All of which bodes well for the artist’s future work.

4. Elastic Sleep – Leave You
Delivering on all the promise seen in early live performances and stand alone singles, Elastic Sleep’s Leave You works to convey the deep edged tone of the Cork band’s dynamically and texturally charged dream-pop sound.

2. Cloud Castle Lake – Dandelion
A sonically dense and fully realised E.P, Cloud Castle Lake’s debut Dandelion is an immense record that simply exudes creativity. Formed by a large-scale production that impressively finds a place for each carefully chosen element, the record is astounding in its boldness stylistically.

1. The Hard Ground – Triptych: One
The Last Mixed Tape’s number one E.P. of 2014, Triptych: One is a beautifully crafted and full-bodied record that showcases the broad, dynamic sound of the Hard Ground. Imbued with style and mood, the music flows from one track to the next, covering a wide spectrum of dynamics lifts, drops and soft repose. Brilliant.