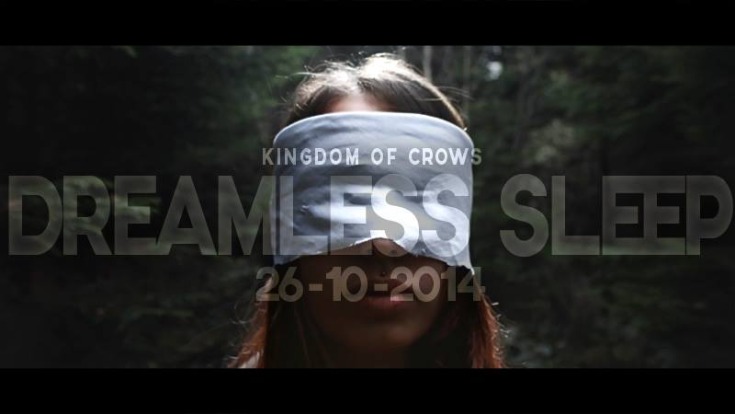 Alternative-rock act Kingdom of Crows have unveiled their new music video for the single ‘Dreamless Sleep’.

Direct by Angel Croitor, the video for ‘Dreamless Sleep’ looks to mirror the ominous sound of Kingdom of Crow’s new single through brooding imagery and abrupt jumps in the narrative.

Cutting from ceremonial woodland scenes bathed off-setting visuals to close-up shots of the video main character in a different locale, the video changes its scope to fit the feel of the music.

With shades of Mazzy Star, a hint of Bauhaus-esque gothic rock towards the end and the stark tonality of early nineties alternative-rock throughout, ‘Dreamless Sleep’ moves with a slow-burning persistent pace. Brooding and  atmospheric the single is an evocative introduction to Kingdom of Crows.

Click above to watch the video for ‘Dreamless Sleep’ from Kingdom of Crows. The song’s parent album The Truth Is The Trip is due for release in the coming months.