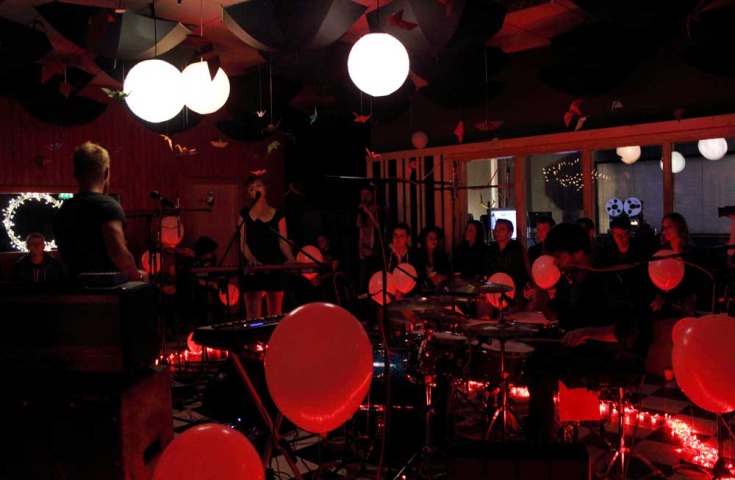 Following the release of their new five-track live E.P. Swords have released footage from the gig of the band performing new song ‘Betty Machete’.

Filmed by Michael Barwise during the Dublin trio’s recent one-off performance at Smalltown America studios in Derry, this live rendition of ‘Betty Machete’ is the perfect documentation of their continued growth as a band.

A stand-out from Swords’ stunning headline set in the Button Factory last summer, the song is an electro-punk influenced offering from the three-piece.

Aggressive, swamped in noise-pop styled washes of bass that give way to pounding percussive passages ‘Betty Machete’ showcases something very different from Swords while also still having it’s feet firmly in the up-tempo groove of tracks from their brilliant debut Lions & Gold like ‘All The Boys’ .

Set in the scenic locale of Smalltown America studios the performance captures one of Ireland’s most engaging live acts in an intimate locale.

Swords – Live at Smalltown America is available on a limited two-week release now via independentmusic.com.