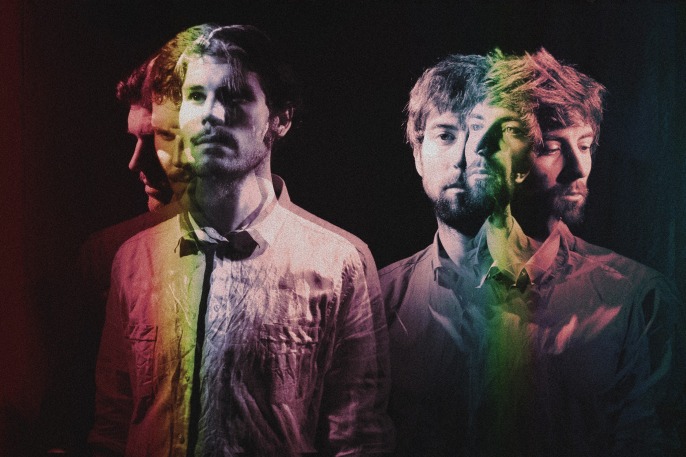 Electronic duo Polyglove have will release their debut E.P Dialler this month (October 24th) and will also launch the record with a show in the Bernard Shaw on November 6th. Speaking to T.LM.T ahead of the Dialler’s release the duo talk about the sound, recording and making of E.P.

You release your debut E.P. Dialler this month. Do you feel the record is a good representation of PolyGlove’s sound or is it a broader than that?

Dialler is the first bunch of material we wrote together when we were still finding our feet and learning how to push the synthesizers into the direction we wanted, so it’s a bit of a raw, rough and ready foray into our sound. But yea, I guess we’d say it’s a good representation, or more so of our musical ethos, in that it represents the core values of how we like to make music, that said we’ve written so much more material since then that comparatively speaking it’s quite a different sound to what we’re making these days.

When writing the E.P. did you have a wide range of tracks to whittle down into an E.P or did you write song specifically for it?

By the time we decided to put something out we had amassed a lot of potential varied material, but we found ourselves focussing on these particular tracks and developing them further than the others, they started to possess a common sonic bond, I think it’s the fact that they were all written around the same time period that made them feel inseparable to us.

PolyGlove have a very unique sound. How did the recording of this record effect that sound?

As they say – necessity is the mother of invention! We had been collecting a rag-tag bunch of synthesizers over the course of a year and when it came time to sync them all up we were only able to sequence 4 instruments at any given time, so we started writing music in the 4-piece band structure sort of way. We’d dedicate each analog synth to a certain job – drums, bass, lead, pads. We ended up recording lots of demos with a pretty basic set-up and having listened to them so much we started to embrace the noisy textured qualities that would come from the raw sounds of the synths, so when it came to getting the tracks mixed with Rían of Solar Bears he was more than happy to explore these lo-fi textures and help us push them as far as we could.

Is there a particular song on Dialler that you feel best represents the E.P’s overall sound?

I guess overall ‘Cruzer’ probably best represents the EP’s sound as it’s quite rough, hard-edged, yet still preserves a few lush melody lines. We found that it has quite a few turning points where the song goes off in another direction which we found in hindsight was quite a prevalent attribute on the EP.

What future plans to PolyGlove following the release of Dialler?

Well, we’re currently remixing the EP into the antithesis of what Dialler was – so far it’s a lot more dark and dreamy, but we’re still playing around with it and hope to release in the next month…other than that we have another EP lined up for early next year, it’s a whole new sound for us which were pretty excited about.

Click below to listen to ‘Cynthia’ taken from Polyglove’s upcoming E.P Dialler.