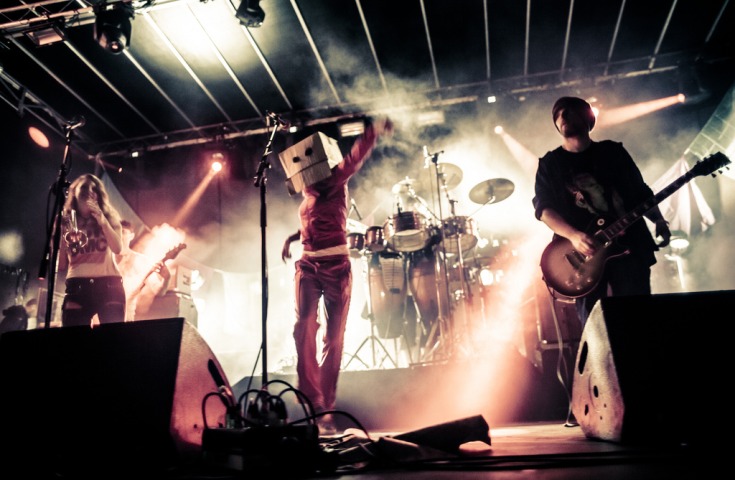 Waterford based electronica act King Kong Company have confirmed they will headline the Button Factory in Dublin on Saturday, April 4th.

Following the announcement of their now SOLD-OUT headline show at the Sugar Club on November 29th, King Kong Company will now build on that momentum with a forthcoming performance at the Button Factory.

A group who regularly appeared in “must see” lists (including here on T.L.M.T) for several of this year’s biggest festivals such as Castlepalooza, Vantastival, Body & Soul and Electric Picnic, King Kong Company have garnered themselves a reputation as an all-encompassing, fun and attention grabbing live act.

Tickets to see King Kong Company at the Button Factory, Dublin on April 4th are priced at €10 (plus booking fee) and are on sale now via tickets.ie.

Doors are at 11.30pm, for more information visit the event’s Facebook page.

Click below to watch footage of King Kong Company perform live at Indiependence and Knockanstockan 2013.