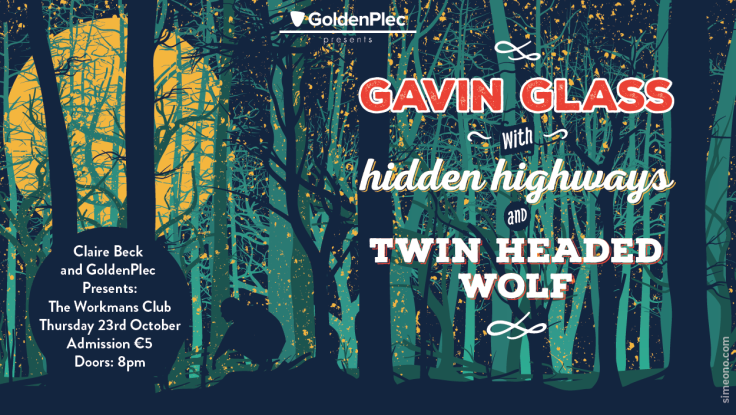 Becoming something of a mainstay on the Dublin music scene since it first began earlier this year Goldenbeck always provides and wide range of styles, genres and talent.

Previous acts who have appeared at the monthly live music event include: I Have A Tribe, Wyvern Lingo, Other Creatures, the Eskies, Zaska, Nova Collective, Paddy Hanna and Pockets.

Tickets to see Gave Glass, Hidden Highways & Twin Headed Wolf play this month’s Goldenbeck at the Workman’s Club on Thursday, October 23rd are priced at €5 on the night. Doors are at 8pm.

Click below to check out music videos from all three of the acts playing October’s Goldenbeck.