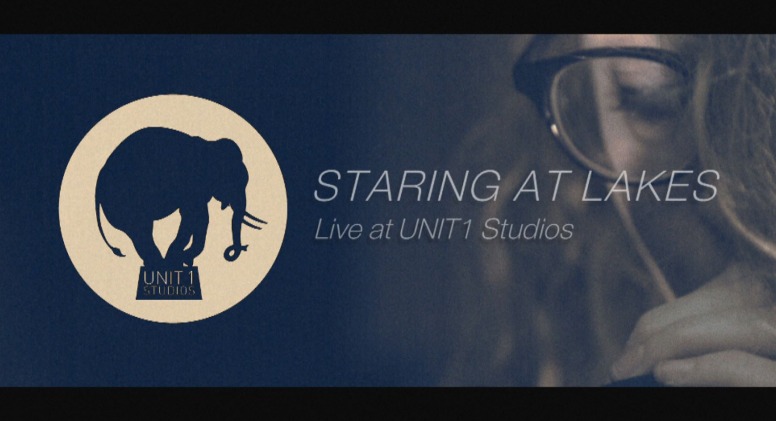 Dublin post-rock influenced band Staring at Lakes are the latest additions to the live at Unit-1 series, with a powerful performance of their current single ‘Cope’.

With a sound that almost feels tailor-made for the glaring studio lights and hazy atmosphere of Unit-1, Staring at Lakes’ harmonically engulfed music finds a the perfect setting for its cinematic scope within the pristine aesthetic of the live music series.

Performing in close quarters to one another the inclusive interplay and greatly gestured post-rock flourishes of ‘Cope’ feels natural. Pushed forward by spiraling melody and turbulent rhythm the live rendition impressively captures the grand scale of the studio version.

Coupled with Laura Sheeran’s reflective and softly composed camera work, the unity of creativity seen in Staring at Lakes performance is conveyed through focus pulling visuals that move in harmony with the immensely evocative music.

Click above to watch Staring at Lakes perform ‘Cope’ live in Unit-1 studios Dublin filmed/edited by Laura Sheeran and recorded/mixed by Marc Aubele. Click here to watch other videos from the series.