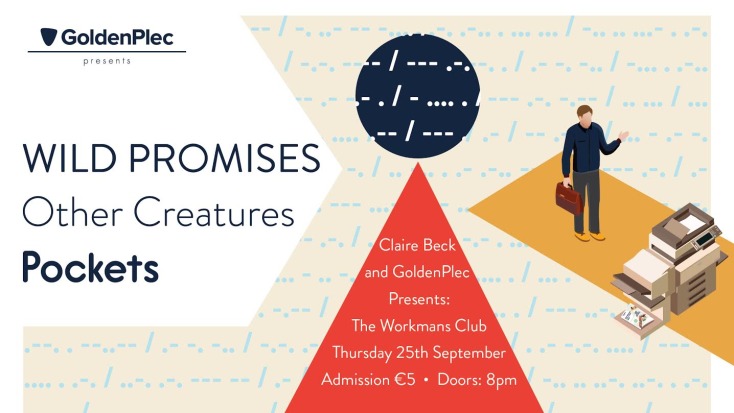 The line-up has been announced for this month’s Goldenplec & Claire Beck presents taking place at the Workman’s Club, Dublin on Thursday, September 25th.

Now in its seventh edition the monthly live music showcase will feature an exciting trio of acts next Thursday night.

Included in this September’s Goldenbeck line-up will be alternative-rock three-piece Other Creatures, indie-pop act Wild Promises and alternative-pop group Pockets.

Since it’s inception earlier in the year the Goldenbeck showcase has seen some of the county’s best up and coming artists take to the stage at the Workman’s Club with this month being no exception.

Tickets for Goldenplec & Claire Beck presents Other Creatures, Wild Promises & Pockets at the Workman’s Club on Thursday, September 25th are priced at €5 on the night.

Click below to watch music videos from all of the bands involved in next week’s show.