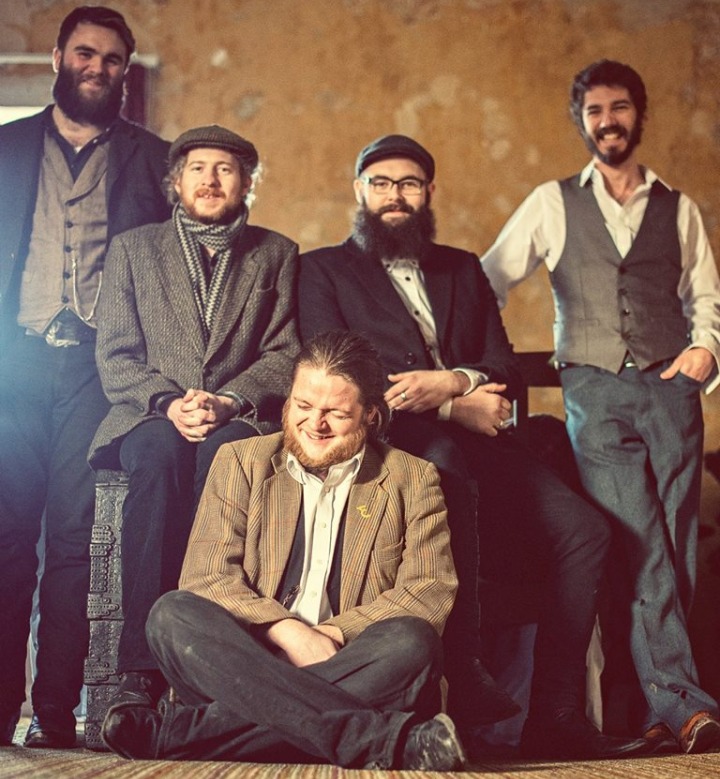 Ahead of their set at ‘Gig For Gaza’ at the Sugar Club tonight, alternative-folk outfit the Eskies have unveiled the music video for ‘Jesus Don’t Save Me’.

Directed by David Keeling, the video for ‘Jesus Don’t Save Me’ is an infectiously entertaining accompaniment to the Eskies jolting folk rhythms and melodically vibrant interweaving elements.

Following a narrative that centres around a stand-off between a priest (Peter McGettigan) and Reuben Poutch’s lead character during mass, the videos fun choreography works perfectly against the juxtaposed church setting.

Building up to it’s fantastically stylised big finale, the visuals capture the sense of fun felt by the well-crafted dance numbers brilliantly.

Swaggering with the Eskies characteristically up-tempo take on both the folk and trad genres, ‘Jesus Don’t Save Me’ convey’s their joyously singular sound in a way that feels organic and maintains the group’s stellar live sound.

Click above to watch the Eskies’ video for ‘Jesus Don’t Save Me’. The song’s parent album After The Sherry Went Round is due out in March, 2015.