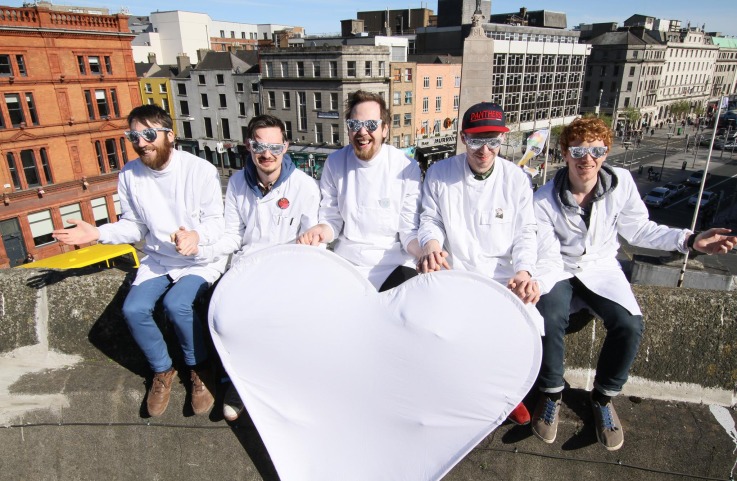 Psych-pop act I Heart the Monster Hero have released their new music video for the single ‘Toni Bailey’.

Filmed in Heuston station by Grey Sun during the band’s performance at HWCH in the City this summer the large-scale visual of the venue results in several striking flourishes of imagery.

The open space, symmetrical architecture, added effects and cut-aways to the audience give a fun and engrossing visual accompaniment to the bouncing, 8-bit edge of the I Heart the Monster Hero’s single.

Taken from the group’s irrepressibly inventive debut Rhythm & Pals, ‘Toni Bailey’ is a vibrant blend of the record’s frantic, fast paced melting pot of sound and influences that made the album of the most individualistic of 2014. Read T.L.M.T’s full review here.

Click above to watch I Heart the Monster Hero’s new video ‘Toni Bailey’. The song’s parent album Rhythm & Pals is out now.