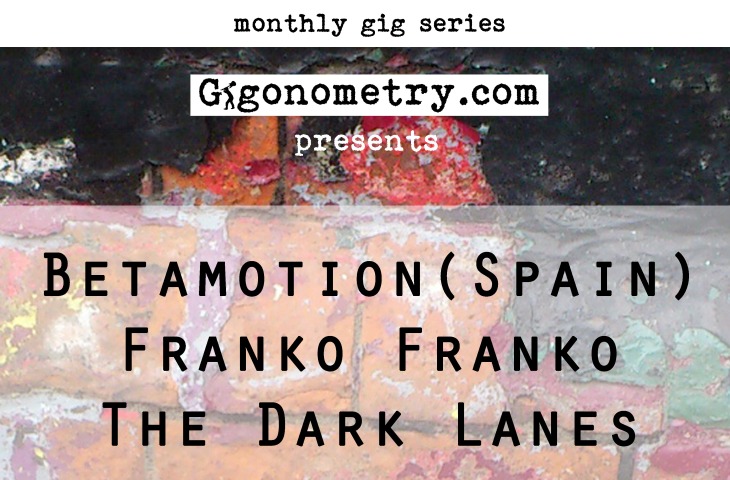 Gigonometry presents returns to the Workman’s Club in Dublin on Wednesday, October 1st.

Tickets for Gigonometry Presents Betamotion, The Dark Lanes & Franko Franko at the Workman’s Club, Dublin on October 1st are priced at €5 for Gigonometry members / students & unemployed and €8 for non-members.

Doors at 8pm, for more information the event’s Facebook page.

Click below to watch Betamotion’s music video for ‘Take It While I Can’ taken from the group’s album Believe Me, This Is Music.